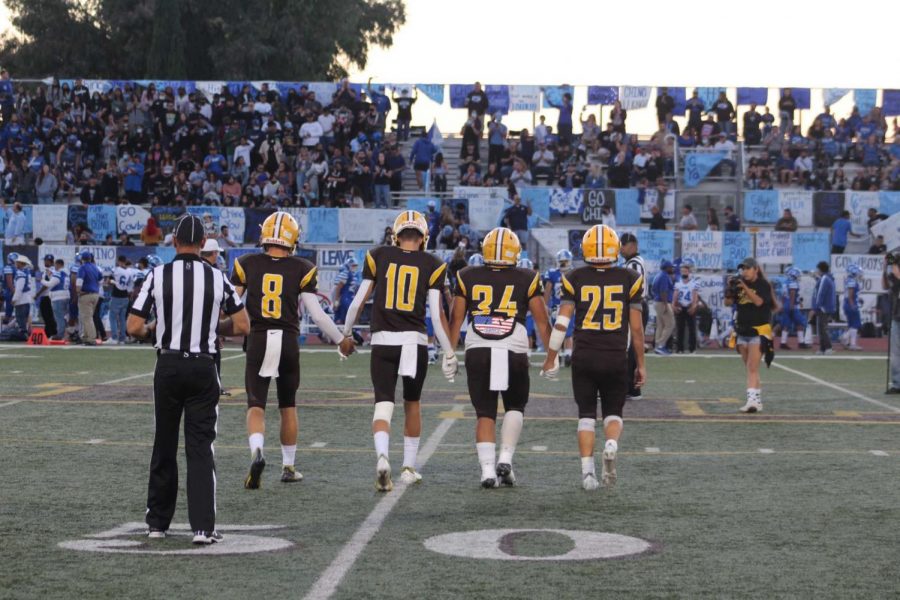 Don Lugo’s football team walks hand in hand as they prepare to play Chino High School in our rival game, Milkcan. Though they did not win, they used what they had been practicing and gave it their all.

Football has been around for a long time since 1892 to be precise. Many people believe that football has stayed the same throughout the years it has been around. Being a football player, I believe football does indeed evolve and change year by year whether that means by equipment or how teams play the game.

During my time at Don Lugo, I’ve had older football coaches that have been coaching the game for many years now and that has made me realize that the game does evolve. For instance, plays from back in the day are not as effective anymore because of how modern the game is now. Because of this, I believe the reason why Don Lugo Football is struggling is that our program is not evolving with other programs and younger coaches.

Many Division 1 teams are good even though they do not have very athletic players, though, one of the biggest reasons many people don’t talk about is the coaching stay and how young they are. Teams see success not just because of how big or fit the players are but how active their coaches are. For example equipment; football teams need better equipment due to injuries that are a result of the sport.

This is what is wrong with Don Lugo Football, I think it can improve is with more modern coaches who are younger. With a coach, most of the time you see success in the middle of their career, this is because the in the middle of their career, coaches have to get more involved in the program and think of creative ways to beat other teams. Lugo Football is already heading in the right direction with hiring alumni, Anthony Randazzo who went on to play at Oregon a few years back.