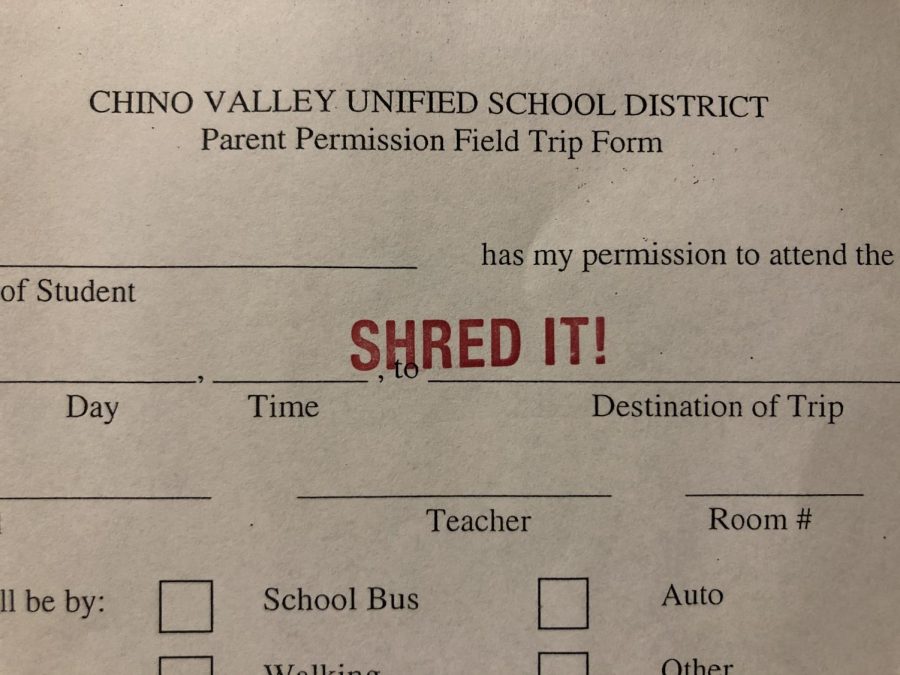 As more provisions to protect against Coronavirus are put in place, school events have been delayed, and some have been outright cancelled.

CVUSD students are feeling the first effects of decisions to stop the spread of Coronavirus.  Superintendent Norm Enfield has just issued a statement to the community notifying that he has ordered for the cancellation and postponing of field trips, student-sponsored events, and many extracurricular activities. CVUSD staff members and district personnel are now communicating with students and parents as to which activities are affected.

However, extracurricular activities aren’t the only things that have been cancelled.  Fourth Period was interrupted today by Dr. Cabrera over the PA system, explaining that this week’s planned rally has been postponed, but students still need to show up as if tomorrow were a normally scheduled day. Cabrera’s announcement is following Governor Gavin Newsom’s order that events with 250 or more people should be cancelled and smaller events where people will need to be within 6 feet of each other should also be cancelled.

Governor Gavin Newsom’s order has caused the cancelling and postponement of events statewide,  such as concerts, festivals, conventions, and sports games. Unfortunately, several large events that groups on campus were looking forward to have also been disrupted.   FFA’s State Leadership conference, ASB’s CASL leadership conference, Journalism’s National JEA conference and competition in Nashville, Tenn., Mr. Belloso’s trips to the Museum of Tolerance and the Downtown Los Angeles Metro Trip, several competition trips for Band, and dance nationals for the dance team all cancelled or postponed.

Shawnee Herrera, Band’s Woodwind Captain, expressed her disappointment over cancellations.  “This whole outbreak thing is terrible.  It has cancelled band’s plans for Orlando, the Reno jazz festival, as well as our own music festival.  It’s taking away our opportunity to perform the music we have worked ardently on for months.  It not only goes for band but all of the performing arts groups and even sports.”

According to Superintendent Enfield’s statement, the Public Health Department has not recommended the closure of schools as of now.  The CVUSD school board will be having an emergency meeting today at 4:00 to discuss how to proceed in handling the COVID-19 situation from here.  Enfield promises that the board has students’ best interests in mind and that the CVUSD will continue updating parents and students as the situation proceeds.