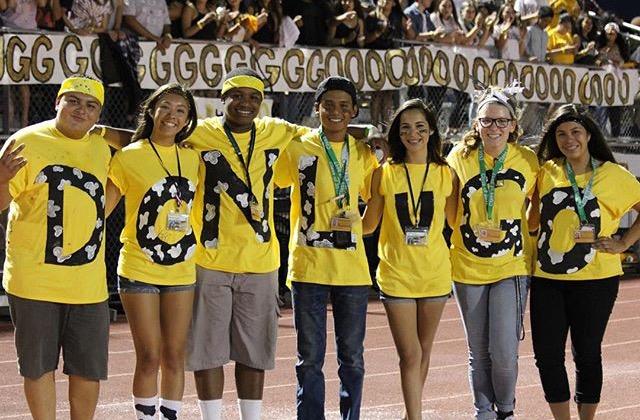 SSC getting ready to give a performance at the 2015 Milkcan. Lugo alumni, Ivan"Legend" Salcedo commented, "I realized the people aren't as enthusiastic." There's hope in the future for another spirit group related to the SSC as it comes to an end.

The Student Spirit Committee ends after completing one year of pumping up the student section at football games. Due to lack of interest in the committee, SSC was forced disband. “It makes me sad to see that what I created with six other people is actually coming to an end,” Ex-president of the club, Isaiah Ruiz, comments.

The committee was not well known by the student body, but the faces of the members were. During the football game against Warren, the committee was no where to be found on the field. It wasn’t brought onto student’s attention until they questioned their own spirit at the game.

Varsity football player, Mason Lopez, says,”It was pretty cool seeing SSC on the field last year, it was the craziest I’ve ever seen the student section be.” Even though the committee is gone, it’s up to Don Lugo students to continue the hype of what SSC brought last year.