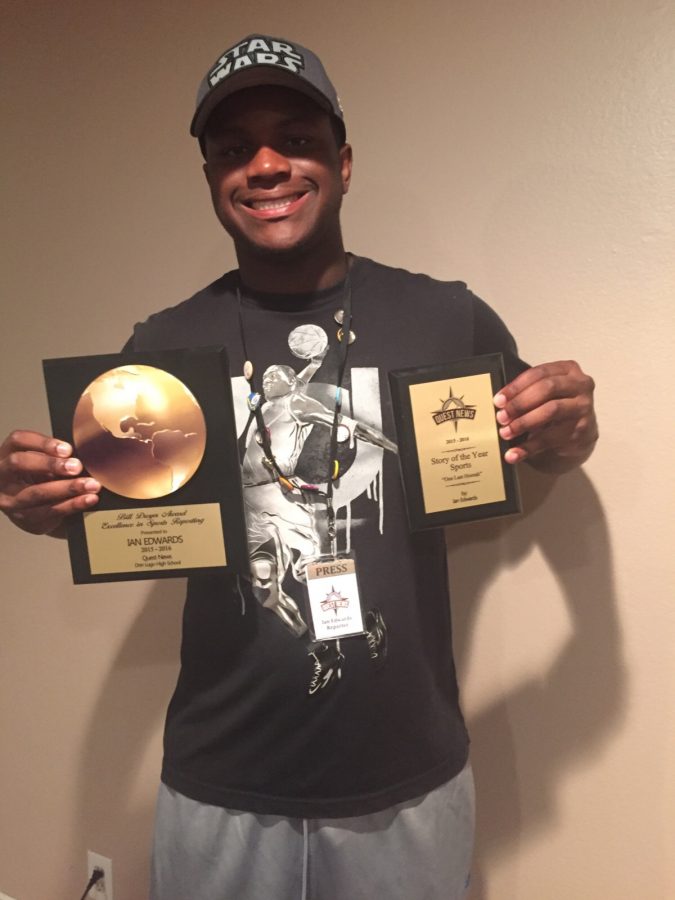 Each year, the Quest News staff votes for the sports reporter of the year, but this year, the announcement at the banquet was a little more special by having Dwyer make the announcement. “Keep telling stories,” advised Dwyer

Ian Edwards wrote a total of 15 sports stories that were all published onto the Quest News website. Joining the team as a rookie, Ian demonstrated an excellence in dedication and diligence in the sports section. Upon receiving this award Ian shared, “It was really special to receive the award from someone who excelled in a profession that I am trying to pursue.”