Life After Lugo: Hit or Miss? 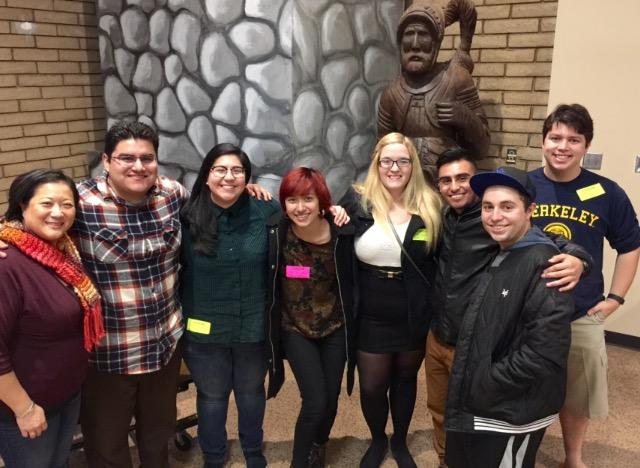 Life After Lugo is an annual event that allows former students to pay a visit and talk about the adult world after graduating. This years event took place last Wednesday. These are a couple of the grads posing with Mrs.Yu

Life After Lugo is an annual event, organized by English teacher Mrs.Yu, where a group of Don Lugo alumni return to our campus in hopes of giving the senior class a taste of what life as an adult is really like. However, this year’s event didn’t seem to intrigue students like me, as much as I’d hoped.

“Going into the presentations, I was excited because it was something that I was interested in, but after being there, it just wasn’t as informative, and I didn’t enjoy it,” stated class of ‘16s Moses Albaran. This seemed to be a common opinion amongst CP students, who noticed that the majority of speakers came from Ms. Yu’s former AP classes making it harder for Lugo students to relate with the Life After Lugo speakers.

As an observer, I got the chance to see the true disappointment that went on during these sessions. Granted, not all sessions were a bust, and I felt bad for the presenters who graciously took time out of their daily lives to visit and spread a bit of wisdom. It was a shame to hear plenty students say the event was just a great excuse to skip three periods.

Surprisingly, AP students had almost the complete opposite experience. “These sessions ultimately inspired me to join different programs and think about what colleges I want to go to,” shared AP student Erick Burgos.

It seemed to me that students who are taking rigorous AP courses were able to identify more with the presenters and were a lot more interested in the topics that were being talked about. Perhaps it was the fact that they shared something in common and had a slightly greater chance in taking the same steps that the alumni had taken when they were in the same situation years back.

As senior Chris Gomez had mentioned, “The AP students sort of knew what they wanted, and the other students didn’t really know what sessions to choose, so they ended up selecting random things and sat through the sessions not really caring.”

The comments from AP students leads me to believe that maybe having all former AP students sharing their ‘Life After Lugo’ experiences to all of our students wasn’t the best idea.

Mrs. Yu  stated, “This year there was not a lot of time in putting the event together, and I would have loved to have a bigger variety of people to come in because it would have applied more to those students who are not taking advanced courses or who don’t think college is for them.” Indeed, this is something that might have created a more positive result from Life After Lugo. Nevertheless, the tradition will continue and with more preparation and time we can hope for an even more victorious event next year.

I think students had nothing in common with the presenters and not enough speakers represented the other half of Lugo; the non AP half. I think if all populations are represented in the future, Life After Lugo could really be something seniors truly look forward to.