School shootings have reached an all time high 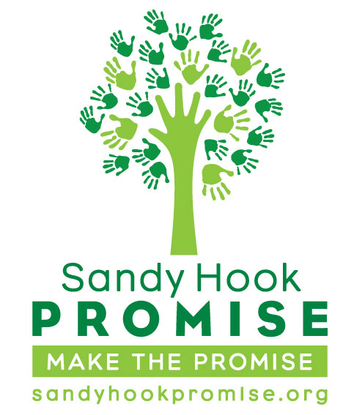 An organization created after the Sandy Hook Elementary school shooting by the families affected by the incident dedicated to educating youth to prevent violence in schools, homes, and communities

Gun violence on school property is an epidemic that has plagued this country for years and has only gotten worse over time. Recently, there has already been an incident on September 2, 2022, in Mergenthaler Vocational-Technical High School where a 17 year old student was shot and killed. Before Covid and distance learning, the number of school shootings in this country was already daunting but the return to on-campus teaching seems to have caused a sudden increase in incidents.

Of course, efforts have been put into place to prevent school shootings, such as schools emphasizing mental health and bullying awareness, or independent organizations like Sandy Hook Promise which teaches young people and adults how to recognize and help any individuals who seem socially isolated. School shootings and gun violence is a complex situation that has gone on for decades and it is clear that individual and communal attempts at eradicating it aren’t enough.

School shooting drills, for example, sound ingenious and beneficial in theory, but not many students seem to take away any lesson from it other than finishing the drill and continuing with their day. Education Weekly School Shootings Over Time: Incidents, Injuries, and Deaths (2021, March 23). Education Week. Retrieved Month Day, Year mentions “School shootings—though relatively rare—have forced a generation of students to grow up practicing active-shooter drills and other chilling exercises designed to prepare them for in-school violence”. It could even cause mass panic for the students and disclose what faculty and students do in case of an emergency to someone who might be planning a shooting at their school and now knows what actions the school will take. Senior Denzel Valle explains, “It should be known ahead of time like the other drills because if it’s sudden and without warning, it can and most likely will cause unwarranted feelings of anxiety, dread, fear of being the ‘next’ and  having an overall panic if it was just a drill”

It seems as though Americans have become desensitized to the occurrences and treat it as another part of life, which is demoralizing, to say the least. To this day, there are still people who don’t even spare a glance when learning that a school shooting happened to a school unfamiliar to them. Junior high student Sophia Dixon admits, “I feel like if there’s a shooting I don’t think much of it unless you see one of those videos of people recording what was happening during the shooting and you see their faces and they’re sad”. Perhaps, if more coverage on the effects these tragedies have on the survivors was highlighted people may be more empathetic and understanding of the gravity of the situation. However as of now, there is no real solution to preventing school shootings. All we can do is bring more awareness to mental health and continue the efforts already being employed.