Opinion: The flaws of dress codes 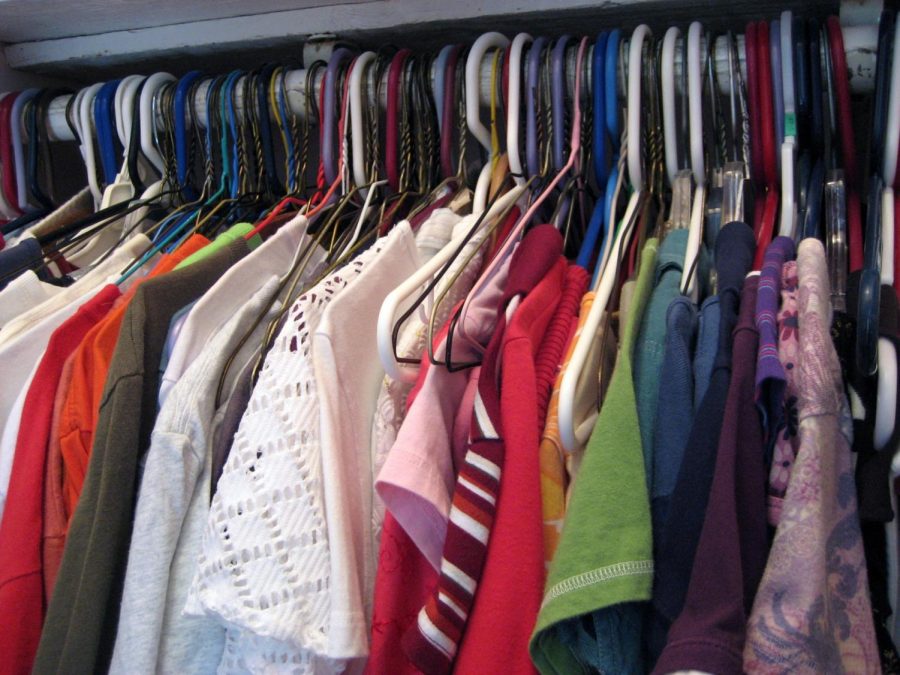 Picture of clothes that may be limited due to the flawed dress code.

Dress code is a commonly argued topic among schools. Students, parents, and teachers simply cannot agree on what components should or should not be in a dress code. However one negative component that not many people discuss is the mental toll that a dress code can take on students. These violations are often carried out in an extremely public way, with teachers calling out a specific student and interrupting class time to focus on that particular person. Not only that, but dress code violations are typically motivated by the sexualization of teenage girls. A study conducted in the St. Johns County school district in Florida concluded that 83% of students that were dress coded at Bartram Trail High School were female. This immense disproportion shows that dress code is ultimately an issue of what staff believe is “appropriate.” So what kind of mental effect can these violations bring?

For many young girls, the objectification begins during puberty. The development of their bodies was something new to them, and with it came a new found obstacle; the sexualization of their bodies. As girls grow, new changes appear abruptly and suddenly, those of which they cannot control. With puberty comes a new narrative that they need to cover up to keep from distracting young boys. Typically these dress code rules favor boys, with teachers often stating that inappropriate dress can cause them to become distracted from the lesson being taught. These narratives effectively teach girls that a boy’s education is more important than the girl having the right to express themselves freely. Additionally, when harassment does occur, the situation is usually swept under the rug to protect both the boy and the school district. These practices not only teach that girls are less important, but they also teach them to be afraid of the men that are constantly ogling them. This fear is deeply rooted in the teachings of school dress codes, and will often stay with a woman for the rest of her life. So many women are afraid of harassment and possible assault that may come from walking out at night or simply walking alone, and that fear can be traced back to boys in school not being punished for their actions. So why are schools not teaching men to control themselves if the problem is simply a distraction?

One of the main points of advocates for dress code reform is the inequality of rules between men and women. While there are often lists of rules for girls to follow, boys have very vague rules about what is printed on their clothes. Girls are told to cover up their shoulders and collarbones while boys walk around with their pants sagging and suffer no repercussions. The difference between the rules for male and female students is clear, and yet school systems see no problem with it. Girls are constantly being pressed with not only the rules and expectations of tests and schoolwork, but the idea that they are exclusively an object of desire for men to enjoy. These constant stresses can take a severe toll on their mental health. This is exaggerated when teachers point out a dress code violation in the middle of class, and being singled out among peers can be embarrassing or even humiliating. It happens far too often for the general public to sit and ignore anymore.

Another important factor to consider is that whenever students attempt to oppose something that they believe is morally unjust, they are often shut down and punished for speaking up by school staff. The severe and unrelenting punishment of the school system almost resembles the tyranny of a corrupt government. Why should we be silenced for expressing our right of free speech? It is humiliating and dehumanizing to be denied the right of free expression that our founding fathers worked so hard to keep in place. We are taught our constitutional right to free speech in the same classroom that students are punished for speaking their mind.

So what can we do to fix this? With all of these flaws being pointed out more and more, it is nearly impossible to ignore the injustices and inequalities of many school systems. While many students have pointed out solutions to some of these issues, small steps are key in reforming dress codes. Something like being more private in pointing out a violation could be greatly beneficial in beginning the path to change for the better. We can protest the corruptions of the system all we want, but these systems have been in place for so long that some people are just not willing to budge. As the younger generations begin to enter schools as staff and teachers, changes will inevitably happen. The ultimate goal is to create a healthy environment for students to learn and enjoy their school experience. Reforming the flaws that interrupt students’ healthy school experience is key in making sure our education system can effectively teach.