Opinion: Relationships are not as important as people think 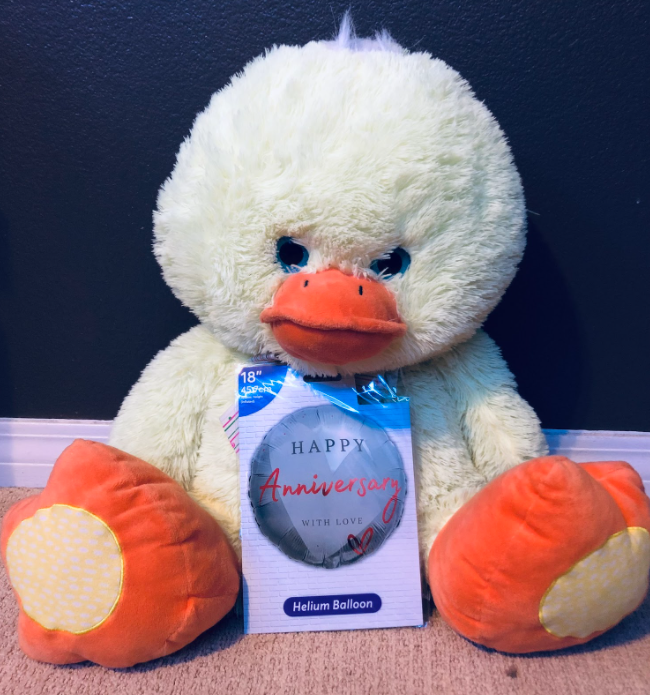 Photo of a duck stuffed animal with an anniversary balloon. "Those kinds of relationships are built off of trust, bonding, and respect for each other", says Mark Magno-Garcia

In my opinion, intimacy can be found in any type of relationship if everyone involved is comfortable. Don Lugo 9th grader, Mark Magno-Garcia says, “Just enjoy people as they are.” Even things that are seen as inherently romantic, such as saying “I love you” can be said between friends without any romantic intention to it. Showing platonic intimacy in this way can also help people feel cared about as it makes the affection a lot more apparent.

This gap in affection between platonic and romantic relationships is one of the reasons why some people have developed a type of relationship called a Queer Platonic Relationship, which incorporates romantic actions and ideas while still being separate from a romantic relationship. QPR’s are closely associated with many LGBTQ+ identities such as asexuality, aromanticism, and polyamory, but it is not exclusive to these communities. This type of relationship has become more common in the past decade, and while the name might not be popular, the ideas that make it up have existed for decades, and are becoming talked about more as people break down the barriers of conventional relationships.

The idea that relationships are the building blocks for things such as marriage and starting a family is also an idea that is becoming more contested, with many people adopting pets when they do not feel comfortable enough to take care of a child. With marriage rates also decreasing since the 1980s, many people put more focus on the relationship itself rather than spending money to try and make it legally recognized. Recently it has also become more popular for people to learn about their “love languages” as a way to better show affection to each other and to tell others the ways they like to receive affection.

Love as a concept is very complicated and personal, and yet it is one of few universal aspects of our lives. “You love another person, and if they love you back, that makes you happy,” says Mark. Every person has a unique way to show others that they care about them. Whether you are giving your partner a kiss, holding hands with a good friend, or just complimenting a stranger’s hair, love is everywhere in our lives, no matter how small it may seem.