CVUSD Board discusses how they plan to budget for Esser III 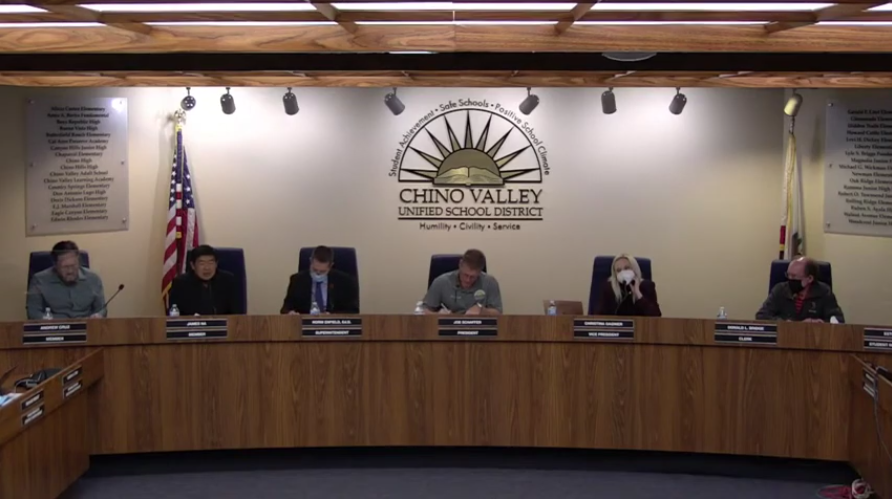 School District Board Meeting to decide what to spend the Esser III funding on. "If we want to be a 21st century district we should be making technology investments" said Vice President Christina Gagnier

At the CVUSD board meeting held on October 26, the topic of discussion is how the school district will plan to spend the money that they are applying for as part of the Esser III plan. The Esser III plan is an emergency federal relief program that grants school districts one-time funding to help address the academic impact that the pandemic has had on students. The school board must submit an application for this money by Friday, Oct 29, 2021.

Part of the application process is that the school district must have a plan on how to spend the roughly 34 million dollars that they will receive from the Esser III plan. The district started out with a list of priorities and sent out a survey that allowed suggestions on how to spend the money. This included areas such as Technology Infrastructure, Indoor Air Quality, and Mental Health Services/Support.

The Board’s main priority with the Esser III funding is to support students. Member James Na discussed the idea of hiring licensed therapists for school campuses, “If these ongoing expenses would save our students’ lives then it’s worth it” said James Na. This idea was one of many expenses that are being considered as part of the Esser III budget.

When deciding how to best use the Esser III money to support the students, the Board discusses the pros and cons of each idea, possible problems that may occur in the future, and the overall importance of the ideas when compared to each other. One recurring problem in the long-term planning of how new services might affect future budgets, “Our children need help” said Member Andrew Cruz. After a discussion is held for each suggestion, it is added to a list that will be reviewed before the application is submitted.

One example of the discussion process is James Na’s suggestion to hire licensed therapists. The discussion included many arguments to improve the suggestion, such as how this could be continued after the Esser III funding has ended and comparing the ongoing price to the positive effect it would have on students at each school. With only three days left to make a decision, the board will continue to consider all options while keeping the best interest of the students in mind.