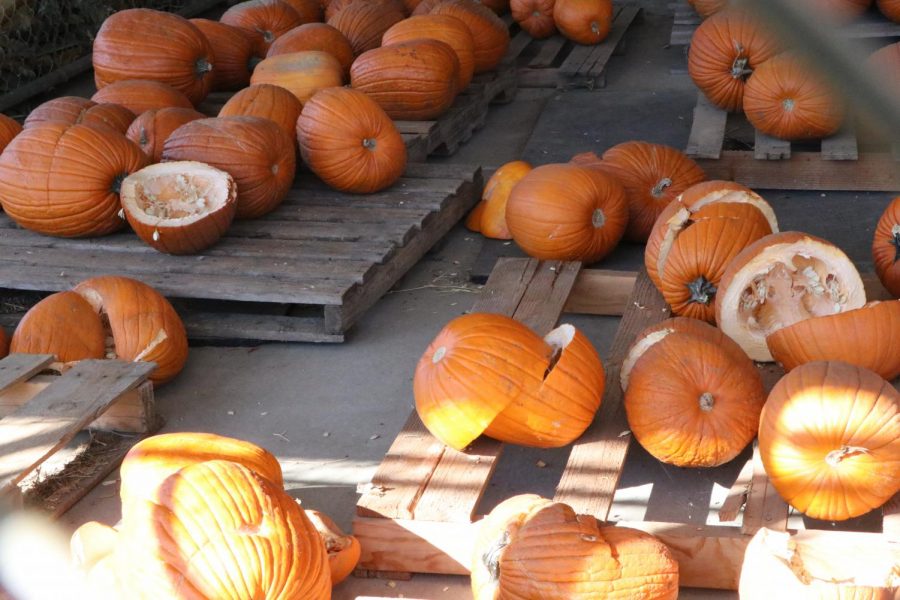 The carnage of pumpkins left over from the students that snuck on campus. "We had to learn to work slightly harder and make sure to sell everything to make up for the lost profit," said Sophia Vazquez.

On the early morning of Sunday October 17th, four unknown students broke into the Don Lugo Farm and destroyed 40 pumpkins that were grown by the advanced floriculture class. These pumpkins were to be used in the upcoming fall festival, and the estimated loss is about $500 in profit. The result of the attacked pumpkins have left students angry and upset after hours of their hard work went down the drain.

The advanced floriculture class planted the pumpkin seeds back in July, and have been tending to them ever since. Despite the blazing sun scorching down on the students, they were out on the fields pulling the weeds, checking the growth of the pumpkins, and keeping an eye out for pests. So after finding out the devastating news on Monday, the students were left heartbroken and frustrated.

“What happens if somebody did that to your stuff that you worked really hard on trying to sell, and then someone just destroys it, it’s just wrong,” shared Arlene Rivera, a junior in the advanced floriculture class who was affected by the unfortunate event. This destruction of property will not be taken lightly, and an investigation is well on its way to catch the culprits of the massacre. It is not some school project that was destroyed, it is hours of work lost that was going to help gain money for the Agriculture department.

Although the students are facing a major setback, they are not letting it stop them from continuing with their plans of making it a memorable Fall Festival. The floriculture class along with the rest of FFA are working twice as hard to have everything up and ready by Friday. With the addition of new games, activities, and of course the selling of pumpkins, FFA is hoping to make up for their lost profits.

The advanced floriculture class continues to move forward and accomplish all that they set their minds to. “I hope that with the addition of new activities it will spark the interest of the public so that more people can come and support Don Lugo FFA,” exclaimed Sophia Vazquez, a senior in the advanced floriculture class. Despite the upsetting news of the destroyed pumpkins, these students continue to persevere and are not letting anything stop them from putting together an amazing Fall Festival.