OPINION: Mental Health Stigma continues to be an important issue in the Latinx/Hispanic community 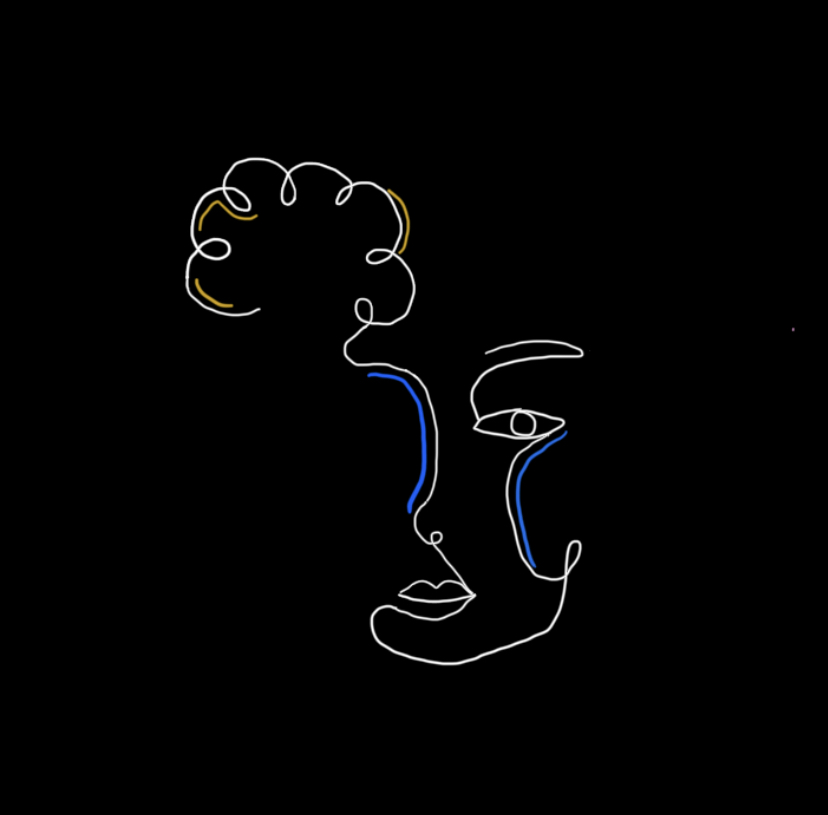 A visual is shown that depicts a person struggling with their mental health. Mental health and mental illnesses have been a known stigma in the Latinx/Hispanic communities. "When mental health is no commonly or openly talked about, people seeking treatment may have limited knowledge and comfort with different types of therapy and psychiatric medications," says National Alliance on Mental Health.

To be part of the Latinx/Hispanic community is an asset. There is rich cultural diversity and there are many strong predecessors of the community who have paved the way for Latinx/Hispanic people to succeed in the United States today. However, one aspect of the culture that weakens it, is the stigma toward mental illnesses, which in order to make the community stronger, must be addressed and should be made more aware of.

It is currently Hispanic Heritage Month, which is a 30-day celebration, between September 15 to October 15, of the histories, cultures, and contributions of Latinx/Hispanics in the U.S. It is a celebration, of course, but it is also an opportunity to focus on what makes the Latinx/Hispanic culture what it is. One part of the culture is that there are factors that play into the way mental health is viewed such as at-home culture, socioeconomic status, generational trauma, machismo, or others.

Being part of the Latinx/Hispanic community, I have experienced these aspects of our culture whether in my home or when visiting family and friends’ homes. I’ve also heard from close friends in the Latinx/Hispanic community who have heard or experienced similar stories. Because Don Lugo High School’s demographics consist of a majority Latino/Hispanic people, I was curious as to how other youth members of the community viewed mental health in our culture. “Sometimes in Latinx/Hispanic communities the people don’t even believe in mental illness, which makes it hard to share with them,” says Sara Mendoza, grade 11. Another student took to discussing machismo in the community. “Machismo plays apart of the mental health stigma surrounding the Hispanic community. I’ve noticed that with my male cousins, uncles, etc, they aren’t allowed to express their emotions as much as females. Also, the majority of hispanics I know, many don’t believe in mental illness. Many believe that don’t exist because they never experineced it,” says Allison Gonzalez, grade 10.

One of the major ways in which people build their mindset or ideologies is primarily by family or at-home culture. Latinx/Hispanic folks who live in the United States have parents or family members who are deeply ingrained in the culture from their home country means that these individuals can be exposed to different foods, music, mindsets, and religious beliefs. Though, having Latinx/Hispanic ancestry can be due to their parents or family immigrating to the United States, which means that their family could have experienced the struggle to move here, and possibly could have been faced with defiance when trying to be accepted into the country.

Socioeconomic factors, which negatively affect minorities, can mean that suffering from a mental illness may not be a priority when bills need to be paid, or when one needs to work overtime just to survive or provide for their family. Generational trauma experienced by a family can not only mean that there is a mental illness in one generation, but also that trauma from generations of suffering or oppression can add to the severity. Machismo, which is a term to describe the strong and sometimes aggressive masculine pride or toxic masculinity, is a part of our culture that affects not only men being seen as superior to women, but also is a factor that can influence the way, especially men, are able to show vulnerability.

Most people who grew up in a traditional Hispanic/Latinx household can attest to the fact that there is a sense of pride that comes with being part of the community. However, sometimes this pride can leave no room for showing vulnerability. There can sometimes be guilt with expressing mental illness when your family has gone through many hardships and sacrifices to be here or to give their family the best opportunities.

People may feel that admitting a mental illness is not important since, on the surface, it may not look like it’s affecting them physically. Some may have heard the phrase “Y la sangre?” growing up while playing, which translates, “where is the blood.” Many of the Latinx/Hispanic community have grown up with the mindset that unless the injury or ailment was not causing you to “bleed” or worse, it was best to not tell anyone and just suck it up.

Mental illnesses, although they may not show physically in a person at first, over time, can lead to a person experiencing physical symptoms such as insomnia, headaches, or muscle tension. The issue here is that when a person neglects, or, is unaware of their mental illness, they may not feel the need to seek help until they are physically in pain. Another part of the stigma against mental illness in Latinx/Hispanic households is that kids are taught since they are young to suppress their pain in order to make them stronger.

Additionally, because of poor mental health literacy, or not enough understanding of mental health and their treatments, in the Latinx/Hispanic community there can be an association of mental illnesses meaning someone is loco or crazy. Because of the notion that having a mental illness can be equated with being crazy, it can be seen as something embarrassing. This sense of embarrassment can cause people to try to hide any mental illnesses in their household so that their family is not seen as “dysfunctional.”

Another part of not having enough understanding of mental health in the community is that when people experience symptoms of a mental illness, due to cultural mindsets, people may think they are simply nervios which translates literally to nerves. Nervios or also known as ataque de nervios are culture-bound syndromes in the Latinx/Hispanic community. A culture-bound syndrome is a group of symptoms that may be limited to a specific culture. The symptoms can include anxiety and depression. “There is evidence that cultural ‘idioms of distress’ may be used differently across cultures,” says the National Institutes of Health.

Because of this, if a person admits to their parents or family that they are experiencing symptoms such as depression or anxiety, their family’s cultural perspective may cause them to brush it off as simply nervios. On the other hand, if a person experiences these symptoms, they may not be able to identify that they have a mental illness, and in turn, seek the treatment that they need. An important step in getting the appropriate treatment is first identifying and accepting that one has a mental illness, which although hard, can help that individual in the long run.

By overcoming this stigma, our community can grow stronger and can feel more connected through the support of mental illnesses and more understanding of how to treat them. There is the option of seeking a school counselor, an outside counselor or therapist, or even online counseling. What is most crucial to someone suffering from a mental illness, Latinx/Hispanic or not, is that they know that their feelings and experiences are valid and that there are people to help them if they seek it.