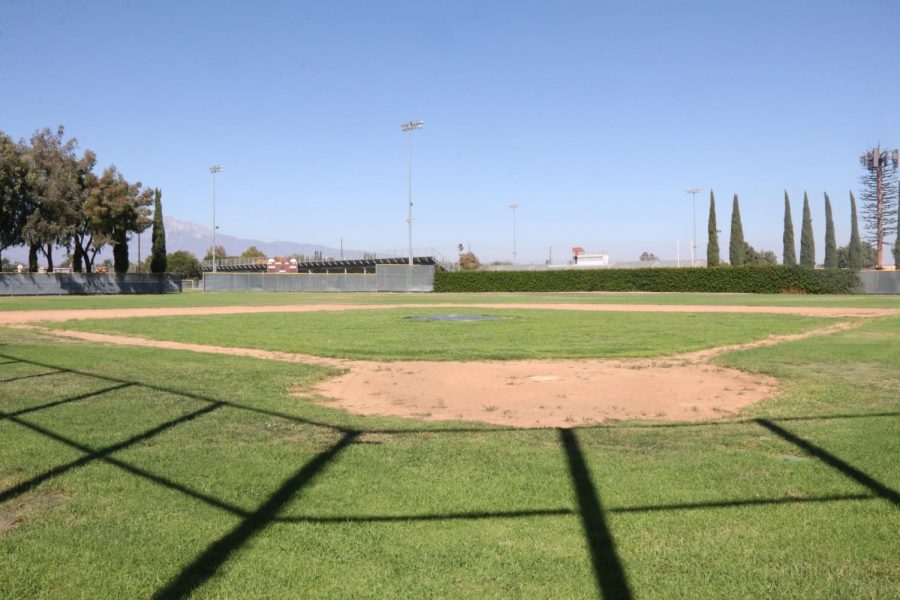 The Joe Marcos Baseball Field waits for the 2022 season to start. "I am excited to see the players everyday after school," said Coach Reyes.

Don Lugo is coming off a Mount Baldy League Championship and CIF qualification in 2021 led by Coach Highstreet. Coach Michael Reyes will take over his head coaching position in the 2022 season and will be teaching World History this year at Don Lugo.

Before coming to Don Lugo, Reyes was the assistant baseball coach at Bonita High School for 5 years, the same place he graduated from in 2012. As a player, he won a CIF championship his senior year and coached the Bearcats to some successful seasons.

Reyes enters the Don Lugo baseball program which has endured several coaching changes in recent years, him being the 3rd new coach since Joe Marcos retired after 30 years of coaching in 2015. Throughout the constant changes, the baseball team has been successful in winning 9 consecutive Mount Baldy League Championships.“We had a coach (Highstreet) for 3 years that we felt was family to us, now we have a new coach teaching us new ways in baseball,” said Senior Brock Roberts.

Reyes’ short term goal for the team is to pick up where Coach Joe Marcos and Coach Highstreet left off. “I’ve gotten a lot of help from Joe Marcos,” said Reyes. He also says that getting a 10th straight League Championship would be a great place to start his career at Don Lugo. He wants to continue this success not only in the playoffs but in future seasons as well.

As for long term goals, Reyes says he wants to focus on beyond just coaching well trained baseball players, he wants to coach and develop a team of young respectable gentlemen. He says that he is excited about just getting back on the field and seeing the players everyday after school. He also credits the seniors for their leadership skills. “Our group of seniors this year have natural leadership skills, our younger players look up to them as much as they look up to me,” said Coach Reyes.

This baseball season is sure to be a little different for both players and coaches, but these student-athletes are excited for this new start, “I am excited about the change because it will be an interesting experience for both us and Coach Reyes,” said a senior on the baseball team, Andrew Hamilton. The Varsity Baseball team and Coach Reyes will start league games on March 10th with a home game versus Baldwin Park.