Youtube has taken down Discords two most popular music bots

Youtube sends a cease and desist to "Groovy" and "Rythm", Discord bots designed to play music. “I believe that now that we received the letter, all music bots will be getting them too in the following weeks and I strongly believe all of them will shut down" -Yoav, creator of "Rythm" 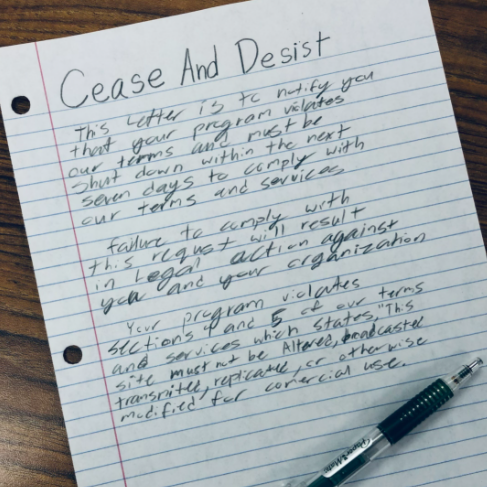 On August 30th, the popular discord bot, called “Groovy”, was officially shut down after its creator received a cease and desist letter from Youtube. The bots creator, Nik Ammerlaan, agreed to shut it down after Youtube argued that the bot violated their terms of service. Groovy broadcasted the site’s contents for commercial use, which is specifically prohibited on the site.

Groovy became very popular in recent years, reportedly being used in 16 million servers, a feat that is much more impressive when compared to the 6.7 million servers that existed in total on Discord during a report from May 2021. The bot was mostly used to play background music when users were playing games and using the apps voice chatrooms to talk to each other. After having a big popularity boost alongside the app as a whole in recent months, the bot caught the attention of Google, who weren’t happy with its use of audio from videos uploaded to Youtube.

Nik was not surprised by the cease and desist, “It was just a matter of seeing when it would happen. They probably just didn’t know about it to be honest.” said the creator. The bot would be given a youtube link, and would take the audio from that video and play the audio to whoever else was in the chatroom it was in. This violated Youtube’s Terms Of Service, which prohibits the modification of the website for commercial purposes.

“Groovy has been a huge part of my life over the past five years… Over the years, Groovy has slowly evolved from a bodged-together personal project into an industrial powerhouse.” said Nik in an official annoucement of the closure. The cease and desist acted as a stark reminder that Discord is growing into a much bigger platform, one that can get the attention of companies like Google. Ammerlaan also stated that Groovy was a “huge weight” that has now been lifted off his shoulders.

The news was followed up yesterday when it was announced that Rythm, Discords other most popular bot, would also be shutting down for the same reasons, with the creators stating, “I believe that now that we received the letter, all music bots will be getting them too in the following weeks and I strongly believe all of them will shut down”. In the announcement Rythm also revealed that it has been working on a project for the past year in anticipation of the shutdown.