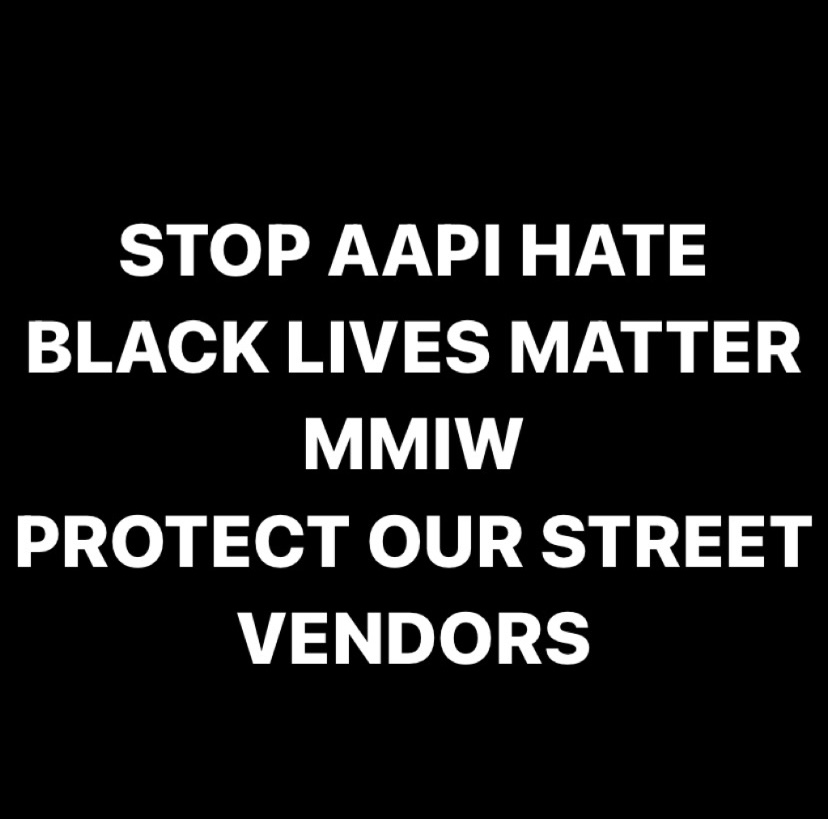 Every minority group in America has some sort of movement to try to end the violence they face.

Minority groups in America have been oppressed for centuries, and while that oppression may look different in recent years for some groups, it has never truly ended. In recent months there has become a surge of hate crimes against Asian Americans that the media refuses to label as hate crimes as well as constant fetishization of Asian women, Latino street vendors have been also been the target of vicious attacks and Latinos as a whole have been the victim of stereotypes reinforced by our former president, Native American women have been going missing at disproportionate rates with no justice or media coverage, and Black Americans have been the victim of disproportionate police violence with no real penalty to the officers who do these killings. In times like these where every minority group is suffering from some form of oppression, the need for POC unity has never been more prominent. But, it isn’t as simple as it may seem.

Since the founding of America minority groups have been pit against one another for the approval of the white majority. Specifically amongst Asian Americans there is something known as the Model Minority Myth, which is essentially the belief that Asians are the only desired minority in America. This is built off of stereotypes that minimizes the struggles Asian Americans have gone through in this country and completely leaves out South Asians. In the early 19th century, White Americans could not accept the fact that Asian immigrants had become successful on their own, and took credit for it by claiming that Asian people had some sort of closer proximity to whiteness than other minorities did. This long running myth has created a silent (sometimes not so silent) feud between Asian Americans and other minorities, and often times Asian people are not even considered minorities because of this harmful belief created hundreds of years ago.

This Model Minority Myth exists following years of Asian trauma at the hands of our country, from the Chinese Exclusion Act of 1882, Japanese Internment camps during WW2, and now after countless hate crimes targeting Asian Americas as a sick twist in blame for the Corona Virus.

This disconnect does not only exist toward Asian people, there is also the extreme amounts of Anti-Blackness in nearly every community that has Black Americans feeling like the target of hate from all sides. This Anti-Blackness stems many countries being colonized by Europe and forced to inherit their beliefs to survive. White people during the founding of America made it clear that being Black was the antithesis of being white, and because white people had made other minorities strive to gain their approval, those other minorities began to adopt a, “at least I’m not as bad as them,” mentality that essential made Black people the lowest on the totem pole. Even with movements like Black Lives Matter, many other minorities felt the need to include themselves and even rebrand the name of this movement to say their ethnic group rather than Black. While the intention may have not been harmful, the rebranding of a movement targeted to shine a light on Black oppression is the erasure of that movement.

That isn’t to say that those groups don’t matter as well, or that they have not been through oppression too because of course they have. But it is not fair to take the attention away from another group and to bring it onto yourself instead, when you could make your own movement and use that to make the change you hope to see.

Native Americans also don’t seem to be mentioned in nearly any discussion of oppression, and are almost entirely ignored by fellow minorities as well as the media. There has been plight of Native American women being kidnapped from their communities and murdered, with little to no news coverage at all. Try to think of the last time you saw the story of a missing Native American women on the news, notice how you could not even recall one. It isn’t that this isn’t happening, I can assure you it is, its that the title isn’t juicy enough for our media. Think about that, people are so used to overlooking Native Americans that the stories of them dying are not making the news or catching anyones attention. If you cannot see the problem with that, especially if you are a minority yourself, then you are one of the reasons it is so hard to gain unity amongst POC.

With Latinos the situation is a bit different. The United States does not classify Latinos as a race, but there is no denying that they face struggles as people of color just like any other minority. Our former President has normalized the hate of Latinos to the point that it was practically a household practice to force stereotypes on any person of Latin descent. But because Latino isn’t classified as a race and because people of other races can be Latino as well, sometimes their struggles are not considered results of racism. It is unfair to deny Latinos their identity just because the White leaders of America did not consider them to be their own race. Whether they are technically a race or not does not undue the hundreds of years of torment they’ve been put through in this country, and the torment they are being put through now.

And at the other end, often times non-Mestizo people, such as Black and Asian hispanics, are not considered a part of the community. Again, another example of why it’s so difficult to create unity, there is a deep rooted divide between every minority group.

It’s the most disappointing to see fellow minorities being the perpetrators of this harm to other POC. If you know how it feels to be hated for something you cannot control, don’t do it to others. While this cycle started with European colonizers, we as POC are the only ones who can mend our own biases toward each other. There is strength in numbers, and if we all worked together to solve each other’s issues we would have a much better chance at true equality.