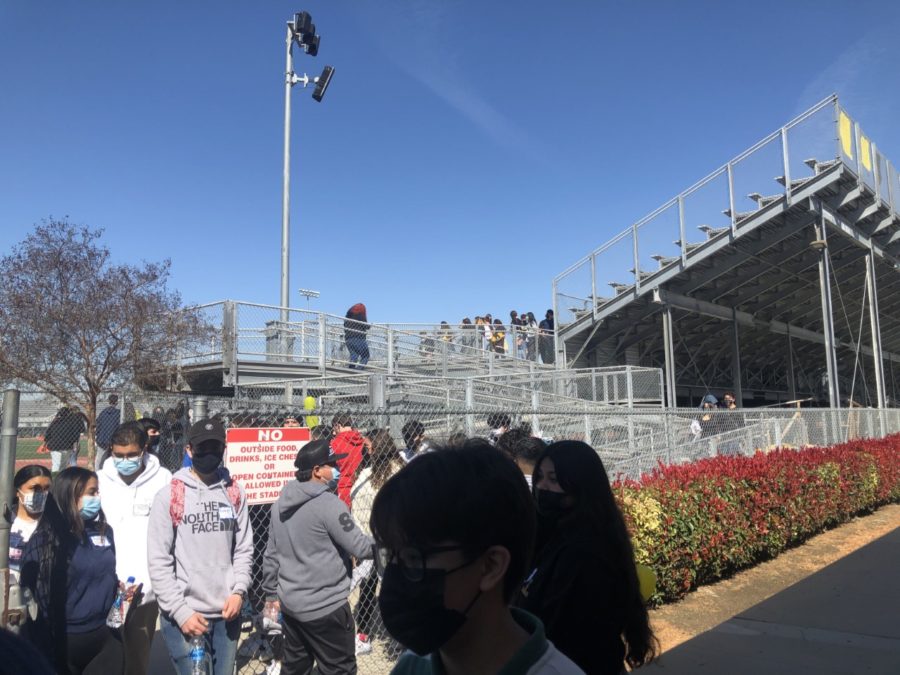 The freshmen orientation for the class of 2024 was held March 18th and March 19th from nine to eleven am for both cohorts, A and B.
Many of the students were excited to finally be on campus for the first time, after never getting the opportunity to do so. The COVID- 19 pandemic caused students to spend the first half of the school year learning virtually. This created an influx of anticipation for the freshmen who eagerly awaited the big “come back” of in person learning on April 12th, more than ever before.

Justin Rendon, the 2021 class president gave a speech encouraging the freshman to make the best out of their high school journey because he believes, “high school is fun if you make it fun.”

The class of 2024 was able to take part in their first ever Lugo spell out. Where Mrs. Encarnacion and Mrs. Daly were introduced as the class advisors of 2024. They informed the freshman class what to expect for their first year of Highschool and prepared them for campus life as a high schooler as they make the transition from junior high to high school.

There were many activities for the freshmen to indulge in, from campus tours to fun games. Between the games, there was a performance given by the Don Lugo dance team. “I definitely did not expect for there to be games or a performance, this is a lot better than just a tour, I was only expecting the tour so the games were a pleasant surprise, ” said Athena Ruiz.

The leadership students gave the freshmen a tour of the campus and also made sure to explain where all of the clubs were held and encouraged students to join a club or a sport. Robert Gonzales says, “It was a great tour and it was a great help, it really made me think about joining a sport.”

This was the first day that a lot of the freshmen students have stepped foot on the Don Lugo campus. This orientation helped the class of 2024 become more familiar with their new high school as well as get them more involved in all Don Lugo has to offer. For a lot of students, it was a breath of fresh air and it made them even more excited to return  to school.