CVUSD Board discuss a return back to campus 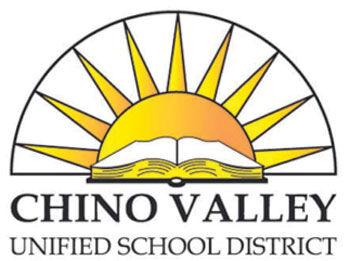 Photo of Chino Valley Unified School District logo. School board holds meeting as they discuss possible return dates for schools to return back on campus.

With this school year being quite bizarre to say the least, many parents have had multiple stances on the unforeseen future throughout the school year. From approving sports to come back for conditioning and practicing to then cancelling it two months after, many assumed there was no hope for a return back to school on campus.

On Thursday February 4th, Chino Valley Unified School District held a board meeting regarding the concern of school being back in session on campus. With many questions to be answered, the board officials and superintendents were in major backlash from the way they treated the COVID situation and from parents who wished for their students to be back on campus.

Vice President Andrew Cruz was in agreement with those parents. He led the beginning of the meeting with remarks favoring a return back to school and was impressed by Fullerton Elementary who have been back on campus since October. Cruz also suggested that students return sooner than later so “kids can be kids.” Andrew Cruz who showed visible frustration sharing information opposing the spread of COVID, made many points that favored a return back to campus.

Member of the board, James Na, continues by adding his support for the reopening of schools and awareness for the mental health of the students. He continues to talk about a personal experience he had with an individual that opened his eyes to the dangers of students being left home alone because of their parents going to work and the sudden tragedies that could happen. The individual also mentions the mental health of students being worse and how their mental health is very important.

James Na shares the encounter he had with the individual and relays the message to the rest of the board and the community. Na agrees that schools should be opened up again “as soon as it is safe to do so.”

New CVUSD clerk, Don Bridge opposed the thoughts of Andrew Cruz and instead proposed the idea of waiting till all health concerns are clear. Bridge also recommended that everyone stay safe throughout the rest of the school year.

The board empathizes with the emails being sent to them that bring awareness to support the students well-being. They acknowledge and understand the hardships students are going through and wants to open schools up as soon as possible once it is safe.