Opinion: Women empowerment was very present at the presidential inauguration 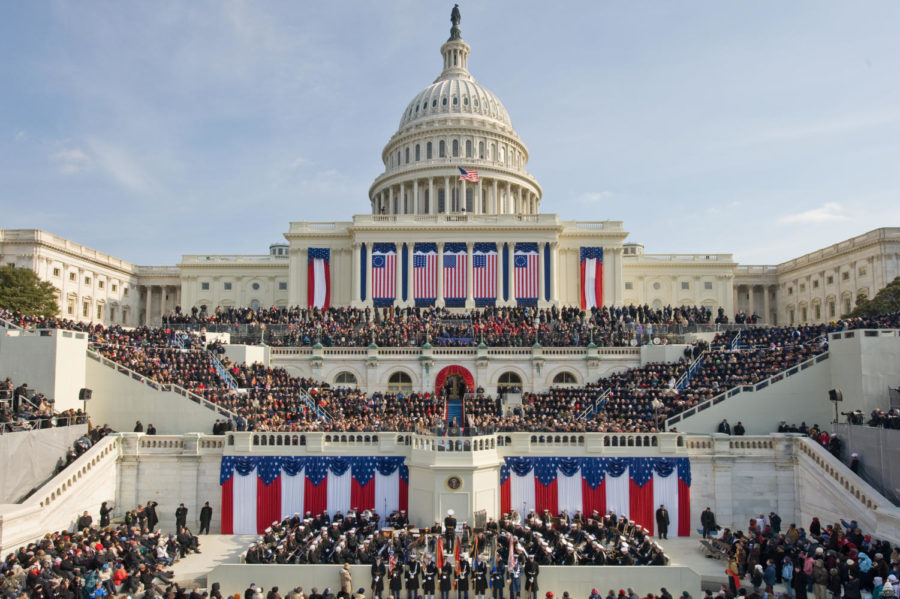 Photo Courtesy: Architect of the Capitol

As little girls and women around the world watched the swearing-in of the first women Vice President of the United States, Kamala Harris, it was plain to see; women empowerment was a prominent part of the 2021 Presidential Inauguration. Besides the very notable action of Harris making history, many special guests were present including Michelle Obama, Hillary Clinton, Justice Sotomayor, Lady Gaga, Jennifer Lopez, and Amanda Gorman.

Though the main message of the inauguration was maintaining unity during a very challenging time for our democracy and American history, the presence of these important women gave not only a sense of empowerment but also a sense of hope for the future of women in positions of power. They gave a sense of light to women and girls such as myself after a presidential term where women, especially BIPOC, were not appreciated nor lifted up.

After the 2016 presidential election, not only did Hillary Clinton lose, but girls around the country could not experience the breaking of the “glass ceiling.” No matter what political party one belonged to, to be able to see a woman being sworn as president would have changed the way we see our male-dominated government. However, President Joe Biden and his administration bring the promise of a brighter future for women at the forefront of decision making. The inspirational women present at the inauguration served as part of that promise.

Lady Gaga, an advocate for equality and loving-oneself, has been in support of Biden since his campaign trail. She previously stated at one of his Pennsylvania rallies, “Now is your chance to vote against Donald Trump, a man who believes his fame gives him the right to grab one of your daughters, or sisters, or mothers or wives by any part of their bodies…” She clearly was referring to the many comments Trump has made in the past making people question whether he respects women at all. Yet, her cry for Americans to vote for Biden was answered, and she proudly stepped to the podium wearing a brooch of a dove carrying an olive branch. She later explained that it represented peace and unity.

Jennifer Lopez, a favorite of many in the Hispanic American community, made history by being the first person to sing in Spanish during the presidential inauguration. The Bronx-raised singer exclaimed part of the Declaration of Independence, “Un nación, Bajo Dios, indivisible, con Libertad y Justicia para todos,” which translates to “One nation, under God, indivisible, with liberty and justice for all.” Her choosing of the section of the declaration talking about inclusivity, and saying it in Spanish, was most likely an ode to the discrimination experienced by many immigrants and DREAMERS during the Trump Administration. However, it also showed young girls watching from home that someone who looked like them, could sing on Capitol Hill, and perhaps, maybe even have a seat at the tables inside.

One of the most notable and empowering performance was Amanda Gorman, the youngest inaugural poet ever. The 22-year old surprised many with her moving poem. She spoke of how our country’s past, and the recent events threatening our democracy, prompt us to take action for a united country where everyone can be equal. She even referred to how her own upbringing. She recited, “a skinny black girl, descended from slaves, and raised by a single mother, can dream of becoming president..” The fact that a black girl, raised by a single mother, can stand on that stage, stating our nation’s truth and faults, is truly one of the biggest inspirations from the inauguration.

President Biden choosing an all-women senior communications team before being sworn in, having the most diverse cabinet in history, and having the presence of some of the most inspirational women at his inauguration, have all shown that the promise for a more inclusive future is on the rise. Though there is still so much work to do, this is a hopeful start.