How student athletes are influenced by pro-athletes 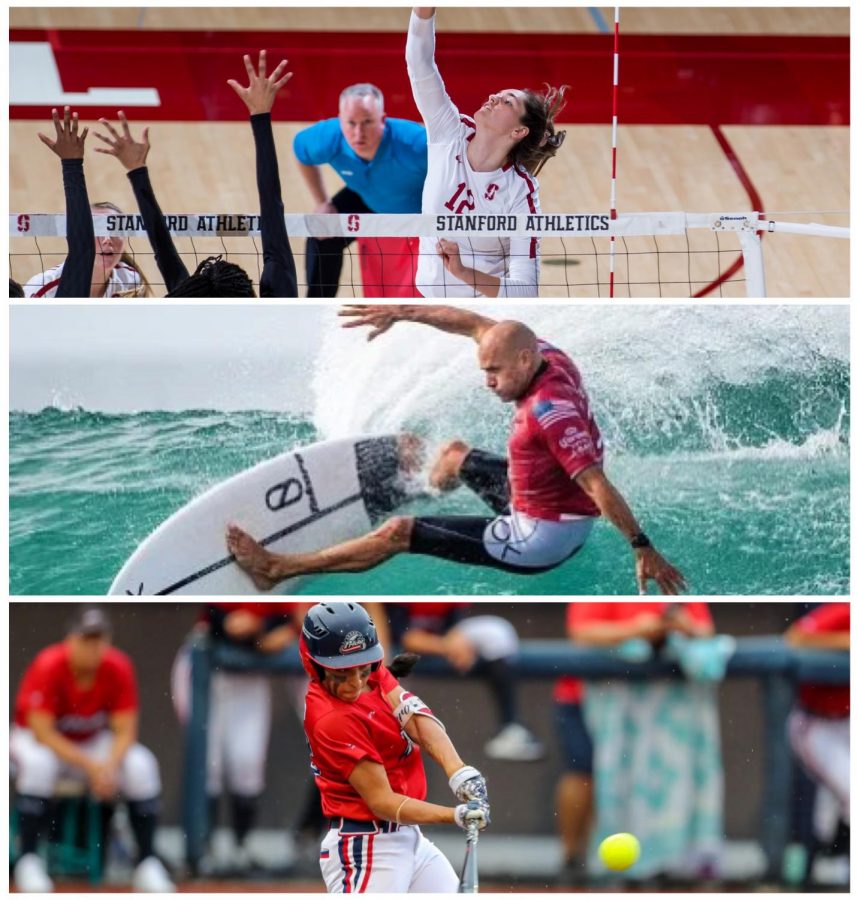 Kathryn Plummer (Top), Kelly Slater (Middle), Sierra Romero (Bottom), all three pro-athletes in which many look up to today.

For as long as we can remember we’ve always had someone we looked up to and admired, possibly be to even be like one day.  They could be a famous celebrity, a family member, or even and professional athlete. Pro-athletes tend to a show a different drive and motive then someone like Oprah Winfrey or your mom or dad. So whether you’re an athlete or not you’ve had to at least once heard a professional athletes name in some inspirational form of way. The charisma and individuality the pro-athletes carry with them influence many young athletes to do just the same.

Being a young athlete, you’ll know best that pro-athletes are the people you can relate too most. The pain you have to push through to win that last set. Understanding the grit and strength it takes to build your skill level. Sometimes even learning how to lose and coming right back up.

Capri Salmon who plays for Don Lugo varsity volleyball says,”Kathryn Plummer is my favorite pro athlete. She plays volleyball and is one of the best of her age group and level, attending Stanford. She inspires me because she works hard to get to the level she wants to play at. She is my favorite athlete because she is able to play multiple positions.” Capri admires the fact that Plummer can flexibly move around the court with ease and works at a higher pace than many of her other colleges.

Max Cantos who plays on varsity water polo and boys volleyball at Don Lugo says, “Kelly Slater, a surfer who has dominated the world tour since the 90s and he’s 48 and still competing on the world tour. With 11 world championships, that’s like 11 super bowl wins… he is definitely the most legendary out of anyone in any sport.” Max shows admiration for the domination Slater took over the surfing world all together and believes he’s the best of the best.

Sienna Vasquez who plays for Don Lugo varsity softball says, “The name of the pro athlete who i am influenced by is Sierra Romero . She is my favorite athlete , because her drive and passion for the sport is unbelievable . She has done nothing but work hard for what she had , and it has gotten her so far in life.” With getting so far in her life, Sienna applauds Romeros work ethic and dedication to the game. “I think it is very important to have a pro athlete to look up to because when you have a dream a person could be living your same dream and makes you want to work just as hard as they have over the years.”

Finding drive to get better at something has been difficult for many lately, but when finding an idol or influencer it can make a great impact on manys lives. Capri Salmon says, “I think it’s important to have an idol because they inspire me to do better. Although she plays a different position then me she makes me want to work hard everyday and workout. I have been inspired to be the best I can be.”

Pro-athletes have left a mark on many young athletes and shown them how to truly play their sport. Players such as Clayton Kershaw and Conor McGregor, two of the worlds finest, showed us how to lose but never stop. Even the ones who had left us, Kobe Bryant and Jackie Robinson, they still left a legacy behind for others to pick up in their footsteps.