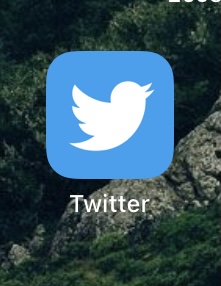 Camila Aguero-Salas, junior, shows Twitter as one of the applications present on her iPhone home screen.

The Capitol riots which took place on January 6, were without a doubt incited by Donald Trump. An act that caused him the disapproval of yet many more, and, getting banned from Twitter and Facebook, among other social media platforms. Although this may worry Americans about how much power private companies hold over politician’s personal accounts, I don’t think banning the former president of the United States should be anything but a relief.

For the past decade, Twitter has been outspoken about its policies regarding political leaders, and the exceptions they receive based on their power and status. This exception goes along the lines of being more lenient when they post so that they aren’t forced to remove them from their platforms. Though, it’s not every day that world leaders incite violence on their own country’s Capitol building. Trump simply pushed Twitter to its limits. Twitter, along with Facebook, both stated their reason for banning Trump was that his posts encouraged violence.

Though it may have caught the attention of the German Chancellor, Angela Merkel, who claimed that the ban was “problematic” and French leader, Clement Beaune, who said “this should be decided by citizens, not a CEO,”  Trump’s ban does not totally censor his ability to communicate with the media. Trump has other social media platforms in which he can communicate his ideas, and, access to media outlets such as Fox News. I don’t think banning someone who went beyond limits, is justification enough to claim that private companies are in control of political speech. They sure are showing how much power they have by banning a president, but in a way that threatens our freedom of political speech.

These companies’ power can be a little worrisome in other ways. For instance, the fact that these platforms have been the stage for misinformation to come afloat, and for communities to spread falsehoods and conspiracies. The power of this misinformation aided in many people believing, after a lawful and fair election, that Donald Trump had won. I simply cannot agree with the notion that banning his account shows a threatening power over our words. People have been spreading false and distasteful information for quite some time, which I think, shows just how much those power these private companies hold by giving platforms to display anyone’s opinion or idea.

Our democracy begins to die when people no longer trust in our lawful election, and when politicians abuse their power to attempt to overturn an election that did not go their way. It does not die when a private company decides that an account that has caused harm to this country, no longer deserves to amplify their ideas out to the world.