Recovering From the Blue Ridge Fire 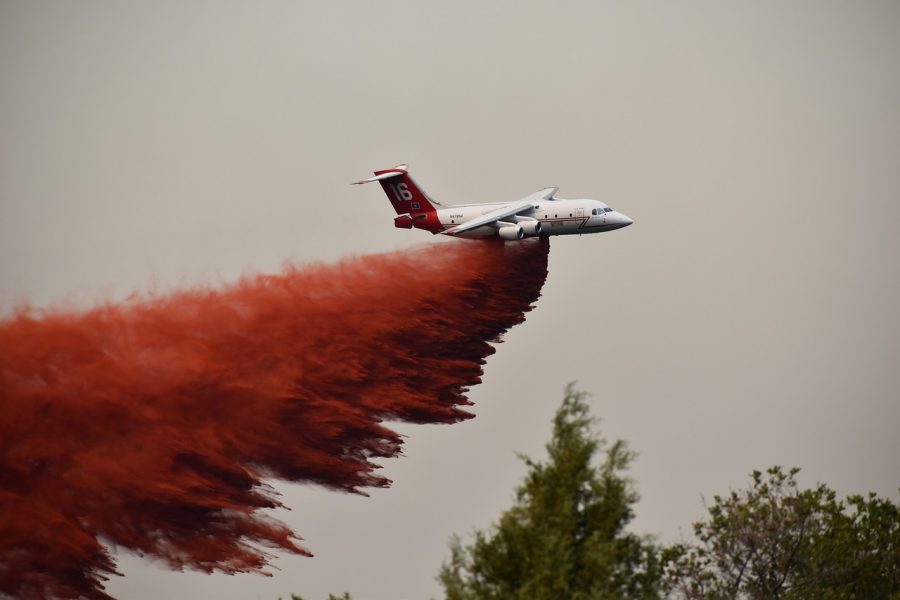 The fire was able to spread nearby to many neighborhoods throughout Chino Hills and many residents were forced to evacuate due to the proximity of the fire. An evacuation center was established in the nearby community center. The fire spurred a lot of concern and worry among the residents of Chino Hills with the high winds and the smell of the fire that caused people to panic.

Throughout social media, people were constantly posting videos or pictures on how close the fire was to their house, informing people to stay safe and giving updates on the fire containment. People constantly checked on the containment percentage through the Chino Valley Fire Department and on any updates concerning the evacuation status of their neighborhood or area.

“I was pretty concerned when I was told that I had to evacuate,” Kenny Jeong, a local high school student from Chino Hills, explains, “I went to my aunt’s house and stayed there for the night.” Kenny is just one of the many residents that received a mandatory evacuation order. This was the reality that many residents had to face as they left their homes, while having a sense of concern about their property in the back of their minds.

Residents had to leave their homes and usually headed to either a relative’s house, a hotel, or the nearby evacuation center that was mentioned earlier. Luckily, Kenny was able to go to a relative’s house. “At first I was in disbelief at how close the fires were when I heard the initial evacuation warning.”

Mikael Osegueda, another high school student from Chino Hills, recounts his experience, “We did end up evacuating the morning after we received the official warning. Luckily the fires didn’t hit our houses and we had a family member nearby to stay with.” According to Desert Sun’s updates about the Blue Ridge Fire, evacuations were lifted after more than 14,000 acres of land were burned.

Evacuators, like Mikael and Kenny, were finally able to return home. “Nonetheless it was a frightening experience,” Mikael Osegueda recalls. Although residents were relieved that they could finally return, the experience was still shocking and traumatic to them. Some homeowners’ damage has been done to the hills in the area of the fire, but the aftermath seems to be mostly the psychological state that residents are in.

Few locals seem to be completely unfazed. Mikael says, “Aside from the burned hill that overlooks our house and the smell of smoke, no there was no aftermath.” While others are still concerned about their safety in future fires and will make sure to take the necessary precautions. Despite what people may think about the aftermath of the Blue Ridge Fire, there is one feeling that we can all relate to: relief. “I felt relieved that my house didn’t burn down,” Kenny Jeong adds.