Progression is not sensitivity 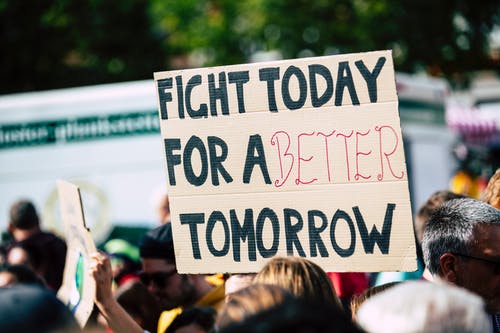 Protests broke out all over the world this year to combat some of the norms that have been actively terrorizing minority groups for decades and even centuries.

In the wake of some of the most widespread social movements in the United States, there is push back from older generations claiming that the new “political correctness” being normalized is the result of generation Z being “sensitive.” Being an advocate for a more inclusive, less polarized America is not sensitivity, it is progression. What is sensitive, however, is pushing back against the changing times every step of the way because you don’t want to advance with the rest of society and because you are comfortable in your ignorance.

Words that were commonplace a few decades ago are no longer acceptable to say, and it isn’t because of a few “sensitive” teenagers. These words, particularly racial slurs, have always been derogatory and hurtful, the only difference is that these marginalized communities finally feel like they have enough support to speak out against them.

Telling a person that they are merely sensitive because they don’t want to be called derogatory words anymore, especially if you are not apart of the same marginalized community as that person, is invalidating the feelings of that person just because you are comfortable in maintaining the same ignorant diction that you always have.

So no, this generation is not sensitive, and if you believe they are I encourage you to confront the part of yourself that tells you they are simply because you don’t want to admit you have been in the wrong for so long.