Opinion: Americans need Transparency and Diversity in the White House 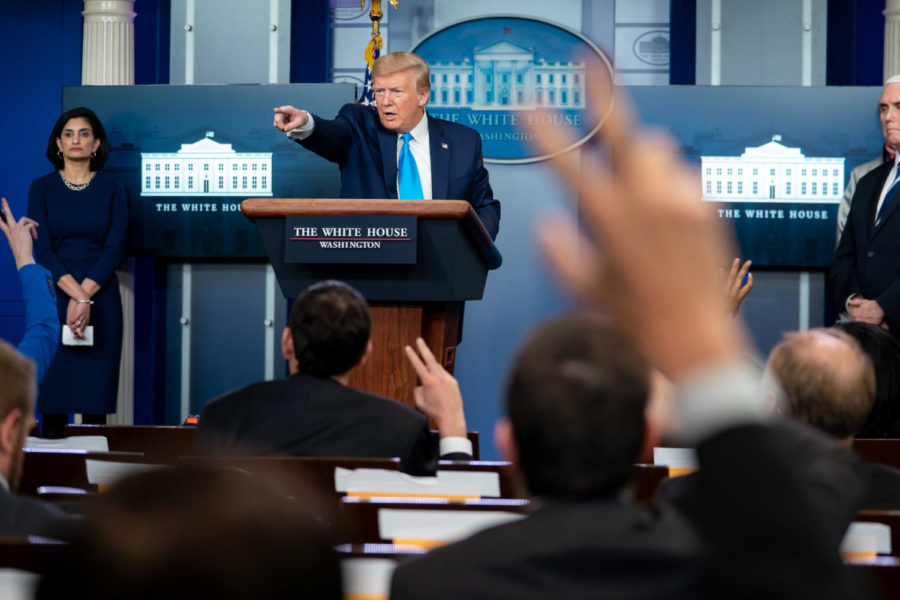 Donald Trump speaks to reporters in the James S. Brady White House Press Briefing Room. During his presidency, there have been less and inconsistent press conferences.

President-elect Joe Biden announced on Sunday that he will hire an all-women senior communications team. It will be the first time in history that the top White House communications roles will be filled entirely by women. In an administration already breaking barriers before entering office, I believe the Biden-Harris team has given the American people hope for a more trustworthy and transparent Communications Team.

Even though the White House is supposed to have a close relationship with the media, for the past four years of the Trump administration, untraditional briefings and his rudeness toward reporters have caused distrust in the media among Americans. Moreover, he has said falsehoods to the press, has discredited science, and on multiple occasions, not provided honesty and transparency to the media. However, President-elect Joe Biden has ensured the American people that his hirees are qualified for “building this country back better.”

Not only am I confident that Biden will practice what he preaches, but also that his move to have an all-female Senior Communications team will have a positive impact on women’s representation. He has already chosen Kamala Harris as the Vice President, who will break barriers by becoming the first female Vice President in U.S. history come January. Women-leadership is a missing factor in many jobs concerning our government, especially the White House. Therefore, having experienced communicators, some of who have experience from the Obama administration, and, having women of color handle some of the most pressing matters concerning executive affairs, is a measure that will rebuild the trust in the media and in what the White House has to say to the public.

Other pressing matters should also be a concern to Biden such as more people of color being represented through his administration, and whether the people he appoints understand how to aid him in creating solutions for those matters. Nevertheless, amidst a global pandemic, and a rough election, the announcement of an all-female, experienced communications team is the brink of hope and good news for the near future of the country.