OPINION: The real reason we’re back on the purple 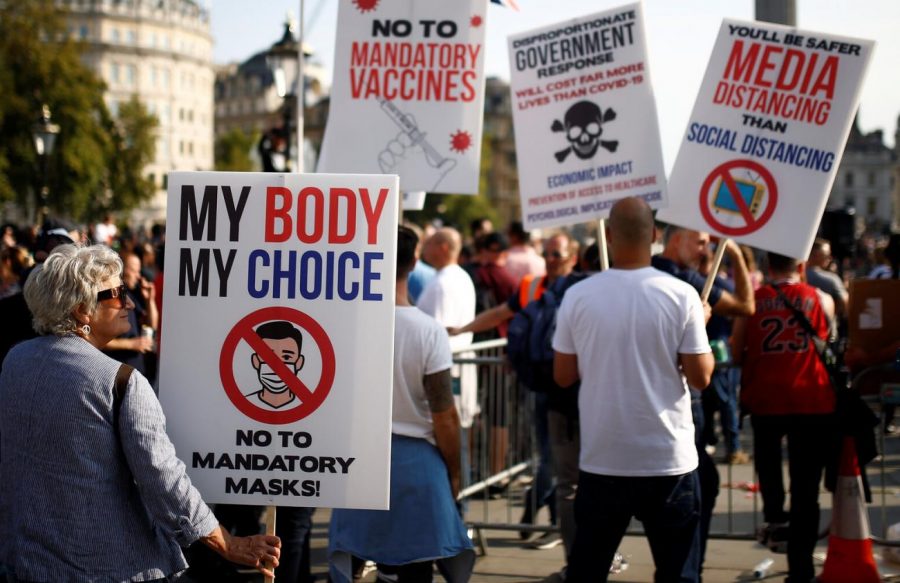 It hit many Californians by surprise, and even outraged people, to learn that this week, daily COVID-19 cases surged, causing Gov. Gavin Newsom to declare 41 states in the purple tier. The most restrictive tier. He also announced yesterday that he would impose a statewide curfew beginning Saturday. However, I am not surprised, and I believe that many factors have been playing into the new wave of cases.

Recently, the burnout caused by quarantine has caused many people to let their guard down and engage in activities that are not safe due to COVID-19 still being a very real and dangerous threat. Plus, other recent events in our country have caused people to forget about social distancing. The presidential candidate campaigns, the get-togethers for election night, and the demonstrations by angry Trump-Pence supporters after election results came in, brought many people to environments where they were not socially distanced, and in some cases not even wearing a mask. Which brings up the point of people choosing not to wear a mask or follow COVID-19 preventative mandates.

It’s nothing new that our country has been divided by many controversial issues this year, not excluding the COVID-19. Some people disregard the science and evidence plainly shown by experts. People with big influence such as elected officials or even news anchors. Yesterday, Tom McClintock, U.S. Republican Rep. for the 4th District of California, gave a speech where he argued why the lockdown supposedly has not saved lives. He said, “The CDC’s best estimate is that if you’re under 49, your chances of surviving COVID if you get it, is 99.92%.” His statement can cause his followers and people who belong to the Republican party to not view the virus as dangerous as it is. However, 99.92% represents the percentage of people who did not die from the coronavirus. This percentage not only represents people who did not die but people who are hospitalized, still experiencing a painful recovery of COVID, and people who are still trying to get back on their feet after contracting the virus. Just because people did not die, it does not mean that everything is fine, or that everyone is free to carry on with their lives as if the pandemic never happened, which is the message that Mr. McClintock is delivering in his speech.

Another reason why the cases are surging once more is that people argue that it is their right to choose whether they wear a mask or not, or that they accept the risks of possibly getting the virus. An example is a Fox Nation host, Tomi Lahren. In a tweet to her 1.7 million followers, she tells her followers that the government “mandating what you wear in your face” is a form of tyranny. With 1.7 million followers, it’s no wonder that people with a big influence are confusing the American people on what it means to follow scientific evidence versus what it means to put one’s interest first.

It’s understandable. The mask can get uncomfortable. Staying home all day is affecting people’s mental health. Though, I believe that none of these issues compare to putting one’s own, and that of other peoples’, life at risk. Even if someone does not care about getting the virus, or they have seen the statistics and are positive that they will recover, it does not excuse them from putting someone else’s life in danger. A teenager or young adult who gets the virus might fully recover. Though, what happens when that teenager passes the virus to an at-risk grandparent? The belief that choosing to take the risk of getting COVID-19, is not only a lack of compassion for the older age groups but also for essential workers. The unimaginable burden on essential workers has gone on for months now. To not take the COVID-19 seriously, is to also not take into account the hard work they have put in, to save lives and help as many people as possible.

Our school and the people of our community are especially experiencing the news of new cases. San Bernardino County joins the 41 counties currently in the purple tier. This week, our school district reported the first students in our district to have tested positive, including Don Lugo. It is unfortunate, that the actions of people who are not following the guidelines will affect those of us waiting for schools to reopen. It may seem that we’re back to square one and that the lockdown will never end, but I believe it’s important that everyone knows that in following the mandates and guidelines set by experts, we can get back to a sense of normalcy faster.