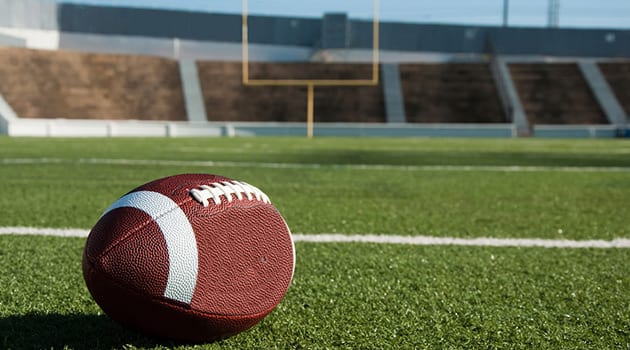 Picture football inside of an empty football field during COVID-19 outbreak. (Photo courtesy of pexels.com)

With the start to this years Fall season of sports and the regulations given out to student athletes to follow, the first two weeks into conditioning couldn’t be too hard. However for whatever reason, it is. With conditioning only being implemented for barely 4 weeks, many coaches and staff notice a trend in student athletes breaking the guidelines and rules given to them putting their sports season in jeopardy without them realizing it.

Little things like playing around with friends in the parking lot, close contact with one another, and just causing a disturbance in general are all clear cut examples of what NOT to do during these strict times.

Being an athlete out on the court, it’s nowhere near intentional to bend these regulations. Being out on the field or court, its a natural draw-in to be close with your teammates, whether its a huddle, or a hive five. Many of us athletes have been in quarantine for quite some time now and emotions have been filled with rejoicing with friends and the thrill of being back in the game that the protocol for the coronavirus seem to be just another guideline to follow along with everything else in an athletes mind. Such as staying focused as an athlete trying to understand the plays, rotations, etc., you can see where a challenge can arrouse for student athletes adapting to this new normal.

Nonetheless, thats no excuse as to why you shouldn’t take precautions. Coaches and others have been reminding us athletes the procedures for this time. Athletic Director Donaho expresses, “No hanging around with each other or touching each other!” Directly telling coaches and players this, Donaho only want the best for our sports teams and doesn’t need one student to ruin it for all, so he proceeds to send the reminders out to keep all athletes in check.

Having this being said many student athletes are still growing mentally and have lots of time to mature and adapt to things that are more serious, but taking action in small rules and regulations shouldn’t be a struggle. That’s part of the responsibility of an athlete no matter the circumstance. Athletes throughout high school career should be able to adapt to these changes for the sake of their athletics that they’ve been devoted to their whole lives.

The players of Don Lugo high school have waited so long for a chance to play again and get their hands on a ball. It would be a great disappointment if one was not cautions enough to remember or accompany the athletic guidelines given. it’s only the being, we’ve got much more to come. Donaho positively states, “You guys have done a great job, let’s keep it going.”