Opinion: Donald Trump’s Remembrance Day is an attack on the Mexican Community 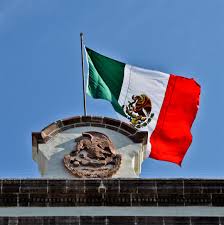 For a lot of mexicans, Trump's declaration of a new independence day was very upsetting. "He ruined a really special day for us."

Dia de los Muertos is a Mexican holiday celebrated on November 1st to commemorate and keep alive the memories of lost family members and loved ones. This year however, this beautiful holiday of peace and love was given a negative connotation by Donald Trump who declared November 1st a day to remember victims of people killed by “illegal immigrants.” There is no excuse for this seemingly random day of remembrance other than to further demonize and torment the Mexican community in America.

The argument could be made that Mexicans aren’t specifically mentioned in the remembrance day, and that therefor this is not a direct attack against Mexicans like I claim it is. However Trump has labelled all “illegals” as Mexicans since before his election in 2016. It’s completely true that this holiday could be referring to immigrants from anywhere outside the U.S. However Trump has instilled for 4 years that anyone who is an immigrant and a brown person is automatically Mexican, making the two synonymous.

As long as that ignorant correlation remains alive, this is an attack against Mexicans. Not to mention it just so happens to land on a well known and widely celebrated Mexican holiday. I do not believe that is a coincidence, and anyone who does is remaining willfully ignorant to ignore the uncomfortable truth– Donald Trump is racist.

Donald Trump ran on demonizing Mexican immigrants in 2016 by referring to them as rapists and drug dealers, despite it being statistically proven that undocumented immigrants cause a significance decrease in violent crimes. (Also whilst having 26 sexual misconduct cases of his own, but that’s beside the point.) He constantly referred to Mexico as an enemy, heightening racial tensions and according to the The Southern Poverty Law Center, causing an increase in racially based hate crimes.

There is an endless amount of viral videos depicting Americans yelling, “Build that wall,” “Send them back,” and other terms coined by Trump. There is countless videos of people calling Latinos immigrants and illegals, despite them having no way of proving those people’s citizenship. We have been submerged in 4 years of hate. Now, days before the presidential election, Trump has ensured this demonization and tormenting of Mexicans does not end.

It makes no logical sense that this remembrance day even exists, as aforementioned undocumented immigrants cause much less violent crimes than Americans, they even cause a decrease of violence in the areas they migrate to.

It would make entirely more sense to dedicate Thanksgiving to the victims of colonization and imperialism.

However that would never be seen as okay or be accepted. So why is it okay to ruin an entire culture’s peaceful and loving holiday just to make them pay for crimes that they are statistically less likely to commit? There is no reason. It was a decision that stems from pettiness and hate.