Opinion: Confirmation of Amy Coney Barrett to the Supreme Court is a step backward for progressivism 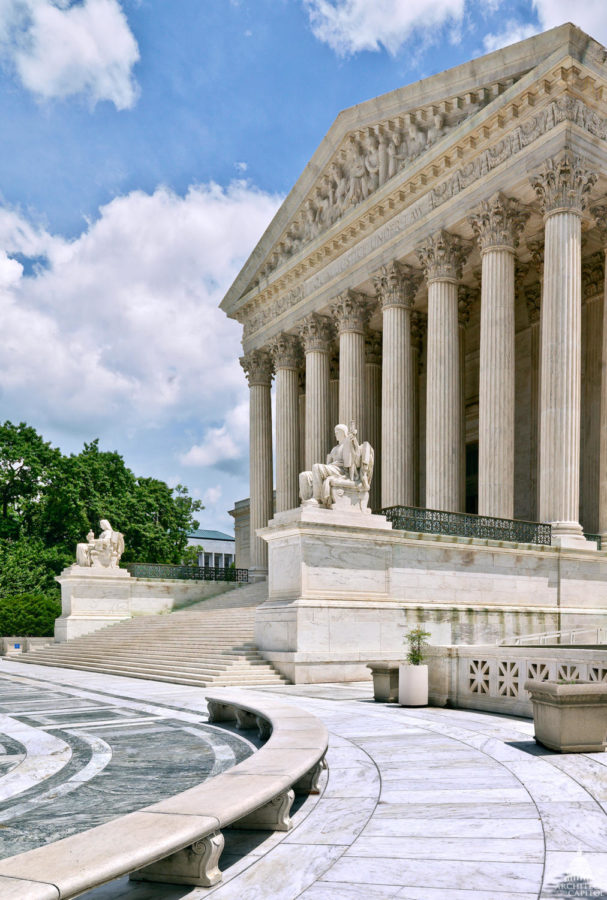 Photo Courtesy: Architect of the Capitol

Judge Amy Coney Barrett was confirmed to the Supreme Court of the United States, on Monday night, filling the vacant seat of Justice Ruth Bader Ginsburg, who passed away last month. Her confirmation now makes the conservative majority 6-3. What this means for the Supreme Court is a step backward from progressivism and many ideologies that RBG stood for.

It is bad enough that President Donald Trump nominated Amy Coney Barrett during an election. Many Democrats argue that nominating a justice to the Supreme Court is unfair during an election because the justice will serve for life, and because it should be the people’s decision who gets nominated to the court, which depends on who wins the Presidential Election next week. I believe that if the president really cared about the democracy of our country, he would have nominated a justice until it was certain that he won the election if he were to win. Performing a rushed nomination and hearing gives suspicion that Donald Trump would desperately want a conservative majority on the court in case this election doesn’t go his way.

However, Amy Coney Barrett has unfortunately already been confirmed, and there are many cases that her vote could affect. In past cases, while she served on the Seventh Circuit in Chicago, her conservative stance on certain cases, and articles that she has written as a former professor at Notre Dame, demonstrate and can give citizens a hint on how she will vote on future cases. These issues include reproductive rights, LGBTQ+ rights, the Second Amendment, and Access to Healthcare among others. One example, stated by the Washington Post reads, “Experts who had studied her writings concluded that she would join other conservatives on the court in supporting overturning Roe v. Wade.”

If the predictions of how Barrett will rule on certain cases is true, everyone who supports ideologies such as legal same-sex marriage, having the right to an abortion, or having access to healthcare, should be worried. Even if most high schoolers aren’t the legal voting age, cases that the SCOTUS chooses to hear can have lasting effects on our generation for decades to come. Having a conservative majority on the court means that there is a high possibility that the court will rule in favor of those conservative ideals, going against the years of hard work the Notorious RBG did to fight for rights for the LGBTQ+ community and women during Roe v. Wade.

Though we don’t know enough information about Amy Coney Barrett, as her responses during her hearing proved to be vague, it is safe to say that appointing a new justice to the highest court in the United States was not a fair or timely decision during this especially controversial election. Not only our generation of high schoolers but also the generations to come will be affected by the rulings of the cases presented to the SCOTUS. It is crucial that we have a voice in who makes decisions for our country and that we know that the confirmation of Amy Coney Barrett will affect us all.