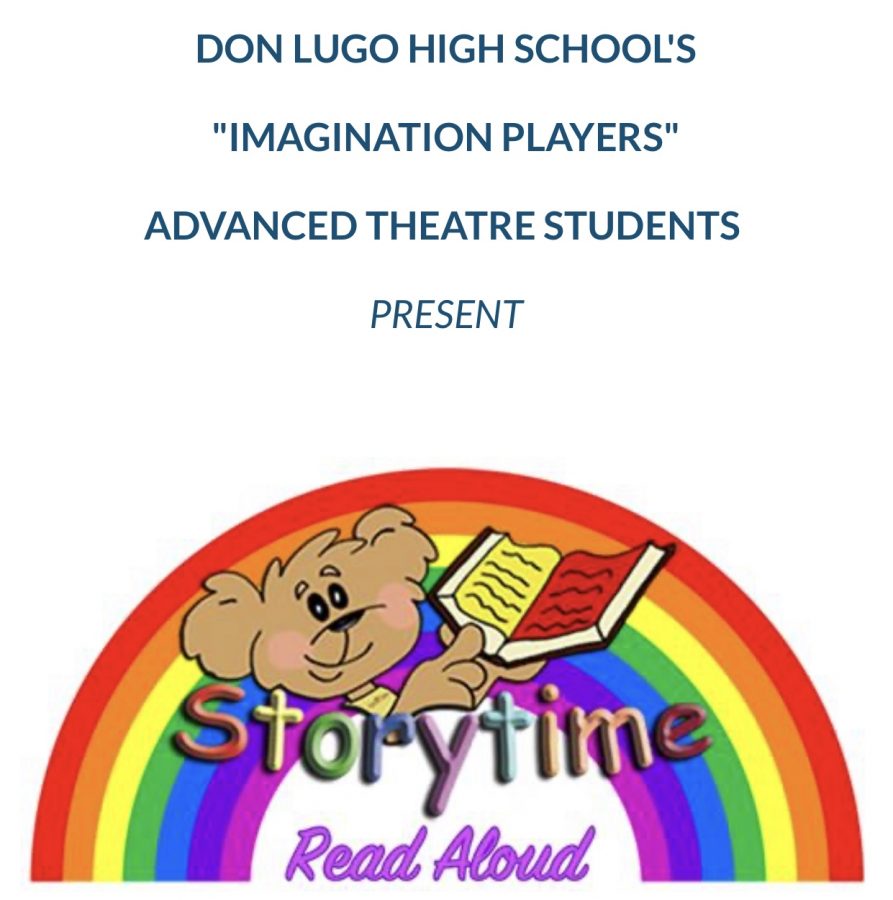 Theatre made sure the show went on in an alternative way due to the cancellation of their children's theatre show. Students dramatically read children's books and add their own theatrical spin to the stories. "We were told to use our creativity and imagination since we are the Don Lugo Imagination Players." (Andreia Sales)

The COVID-19 pandemic led to the cancellation of most school events, and majorly impacted moral. Every year our theatre students put on a fun, lighthearted show for elementary school students, but because of school’s closure Children’s Theatre production “KID POWER” was cancelled. However, the advanced theatre class did not let this stop them from putting on a show for the children and spreading some positivity during this tough time.

Advanced theatre students have decided to read children’s stories and bring the story to life through their vocal acting.  This was their way of providing the children with some form of entertainment while stuck indoors as well as continuing their school year while remaining in quarantine. So far theatre has released volume one of the story time series with 10 books available. The links to the all of the videos can be found on the Don Lugo theatre class page.

Advanced theatre student and thespian president, Andreia Sales, thought that this was a wonderful alternative idea to their usual play. She enjoyed seeing everyone else in the class use their imagination to “not only read a book but bring the story to life.” Andreia also added that “even though it wasn’t the same as being up on stage I loved getting to put some theatrics into my video.”

An advanced theatre officer and senior, Mya Salazar, expressed that the alternative idea was a “great idea.” Mya and her fellow seniors did not know that the Lip Sync battle performance would be their last. However, she believes that the story time series is an amazing way for students to”still be able to perform while also giving back to the community.”

On the theatre class page they explained that the children’s theatre show is a part of their curriculum and the story time series is a way of making up for it. Mya Salazar also added that many young children do not like the idea of staying indoors for long periods of time but advanced theatre hopes that the story time series will help “make their experience better by providing them with fun stories ton listen to t home.” The entire collection of stories read aloud will be available May first.