Opinion: CVUSD should just give up hope for coming back 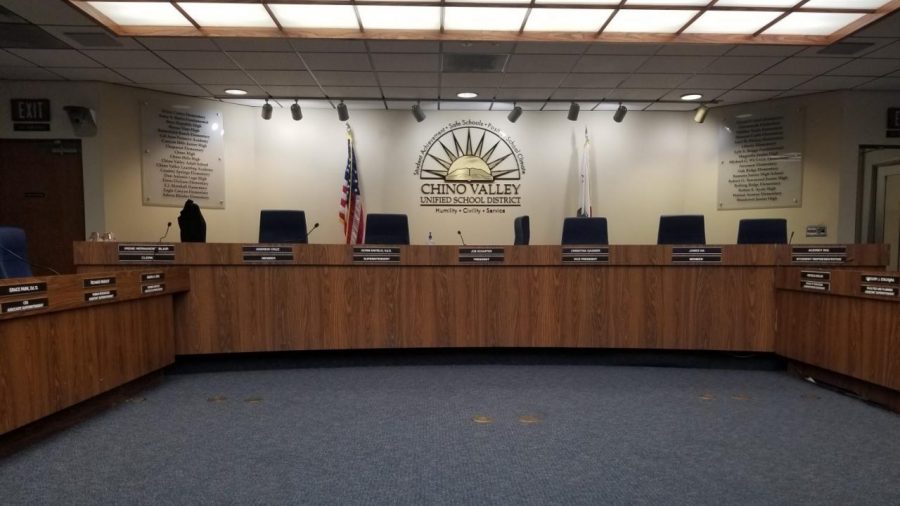 Chino Valley Unified School District has extended distance learning from April 3 to May 1.

School district closures have been a widespread precautionary step as the COVID-19 outbreak seems to get worse and worse by the day. Some school districts have even shut down school for the rest of the academic year, but why hasn’t CVUSD and Norm Enfield done anything like this? They seem to say that “ensuring the health and well-being of our CVUSD family” is their number one priority, but extending the distance learning from April 3 to May 1 just does not seem like enough though.

President Trump has stated that the pandemic is expected to last until July or August and the Center of Disease Control and Prevention (CDC) says their is a possibility of the virus lasting until next year; so is CVUSD really trying to risk the health of their students just for a satisfactory ending to the school year? I doubt that, but as I follow the news closely, I think it’s inevitable that we won’t be returning to school this year.

Anticipating such an abrupt end to a rapidly growing pandemic seems foolish. Chino Valley should just follow suit like many other school districts around the state. Surrounding districts like, San Diego Unified and Los Angeles Unified are concluding their academic year through distance learning where, “The one thing we know for certain is we have to serve 750,000 students, so let’s get on with that,” said SDUSD Superintendent Cindy Marten.

We may only have approximately 32,000 students in Chino Valley Unified, but our Governor said it best, “I don’t want to mislead you.” As Newsom continues making statements amidst the outbreak and what precautions he’ll be taking to protect the citizens of California, he also suggests that the likelihood of schools reopening before the summer break is unlikely. “Boy, I hope I’m wrong, but I believe that to be the case,” says Newsom.

Some might fight against finishing the school year through distance learning because a decision like that plays into the hysteria of the coronavirus pandemic, but if anyone is paying attention to the news and how far in we are into protecting our community and state through social distancing, then I think that’s the larger evidence to evaluate as we look to a dismal prognosis to the current situation. I get it, CVUSD’s newest #spreadhopecvusd  campaign is about coming together and encourages being hopeful, but I’m confused. Do they mean remain hopeful that we’ll come through this healthy and unscathed by the effects it’s having on education or students or both?

Right now, my family and I are fine, but my senior year is undoubtedly going to go up in flames. The May 1 extension announced to CVUSD students just seems to give a false sense of hope. Promoting a virtual concert of a singing high school choir isn’t going to help me deal with a reality that no one is admitting.  I’m just wondering how long it’s going to take for CVUSD to keep pushing their “be hopeful” propaganda and delay the inevitable announcement that I’m waiting to hear–there is no graduation ceremony and my senior year is over!

The sooner Chino Valley admits the truth about returning to school and acknowledges what the rest of the year looks like, the sooner we can ALL start processing the loss of an important rite of passage for seniors. Maybe the district just wants to have an alternative graduation plan in place before making such an announcement; that would be hopeful. But the reality is, thousands of people packed into Citizens Bank Arena with eager graduates, crossing the platform with my diploma, shaking Dr. Cabrera’s hand, and waiving to proud parents with signs, flowers, and balloons isn’t going to happen. No creative, virtual substitute can replace those moments.

I for one appreciate honesty and transparency, and although #spreadhopecvusd is a nice sentiment, it doesn’t exactly instill a lot of confidence. So, before we all have to possibly deal with the loss of friends and loved ones effected by Covid-19, perhaps CVUSD could just catch up to the rest of the surrounding districts and make the call. Because I don’t think we’re going back to normal learning by May 1, and I’d like to start processing the loss of what that means now.