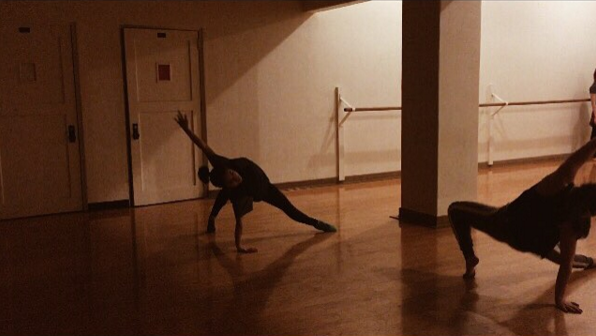 This years dance team auditions will include learning choreography via video.

The outbreak of the coronavirus forced many families to self-quarantine in the comfort of their own homes to prevent further spread of the virus. This is disappointing to quite a few students, especially to those who participated in sports and performing arts because it was an outlet to create new friends and display their talents. Like many sports on campus, many seasons abruptly ended which led to events and competitions being canceled. The Visual arts that would be affected by the school being closed are band, color guard, dance, and theater.

Coaches and advisors still want to hold auditions in preparation for the next season. However, because of distance learning, not only are schools holding virtual classes, the auditions will be virtual too. This would be the first time the performing arts department would hold virtual tryouts.

Every performing art teacher is currently trying to figure out what their process of virtual auditions would look like. Some have a general idea but continue to work out the specifics. Meanwhile, others are curious and excited to test out this new method. Since most auditions usually don’t take place until April, teachers have some time to wrap their heads around this new concept and plan their upcoming year.

According to Theatre Director, Mrs. Deming, “In an age of technology that students utilize on the daily, I think a video audition will be easy for students–almost too easy.” Mrs. Deming explained that she’s curious to see how social media could play a role or be incorporated into virtual auditions. Since many students are using digital platforms like TikTok and Youtube, some may feel more comfortable with performing in front of a camera…I don’t think students will find virtual auditions cumbersome.”

On the other hand, some advisers, like Dance Team Coach Mrs. Avery, think virtual auditions will make the process more challenging. Mrs. Avery expressed that she prefers physical auditions and “meeting everyone in person and seeing them work at a clinic leading up to the audition.” Her plan for dance team auditions is to essentially send a tryout video with a routine and have the students send back their individual videos after learning the choreography and performing it on camera.

ASB is doing its part to help the arts. Almost daily, Don Lugo ASB is pushing out a video that showcases each program on campus. From Avid to FFA, ASB has a long line of programs that will get their moment to shine via social media.

The idea to showcase programs came from Activities Director Farrah Rigo-Witt who was disappointed at the abrupt cancellation of Future Freshman Night. The arts will soon be showcased in order to help with recruitment. Now each program has to sit, wait, and hope that next year’s freshman are seeking out Don Lugo programs.

Arts directors like Coach Avery and Mrs. Deming, along with other teachers, are still trying to figure out specific details regarding the whole process. While Mrs. Avery is,  “going to do her best to accommodate everyone’s needs.”  Mrs. Deming says, “I have a few out-of-the-box ideas that aren’t just about recruitment. I still have to address the rest of the year.” During this time it’s understandable that teachers need time to adapt and figure out which method would suit their programs best, but as of now, teachers are still trying to prepare for the next season and make the most of the rest of their year.