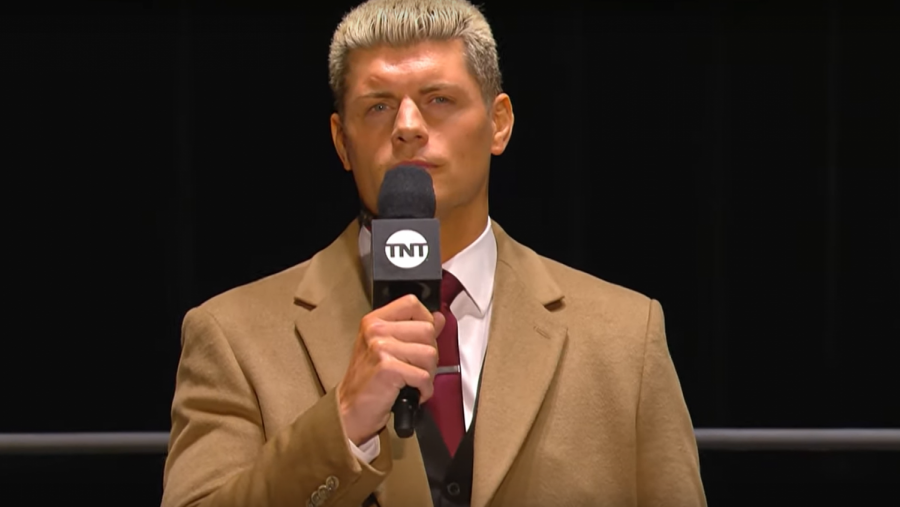 Courtesy of: All Elite Wrestling/TNT

As the world faces its hardest challenge in the COVID-19 outbreak, the World Health Organization and the United Nations Foundation officials launched a new Solidarity Response Fund that would raise funds from donors to aid countries responding to the pandemic. With help alongside Google and Facebook, institutions worldwide can contribute to global response efforts directly. One of these institutions would be an up and coming wrestling promotion, All Elite Wrestling.

Being no stranger to helping with world relief funds, AEW wrestlers Cody Rhodes and Chris Jericho have put out special shirts in order to provide support for those affected by the Coronavirus outbreak. The profits from these shirts will be directly donated to such organizations as WHO’s COVID-19 Response Fund as well as the United Way COVID-19 Family Support Fund.

As the sports entertainment of wrestling being one of the last sports-based products left on TV, it is an interesting time to be a wrestling fan. AEW has limited their production of the AEW Dynamite show to a closed set at Daily’s Place for the next two weeks. World Wrestling Entertainment (WWE) is going live with their Raw, NXT, and Smackdown Live products from the WWE Performance Center, and WWE plans to host its biggest event of the year, Wrestlemania, at the WWE Performance Center. AEW and WWE are doing their best to do their part in limiting the spread of COVID-19 and still provide quality entertainment for pro wrestling fans.

After just one day of being available, Chris Jericho’s “Rules of Jericho” t-shirt became a number one top seller for the week. AEW is leading the fight in the sports entertainment of wrestling’s part in fighting the good fight against COVID-19.