The Queens of the Diamond are Back 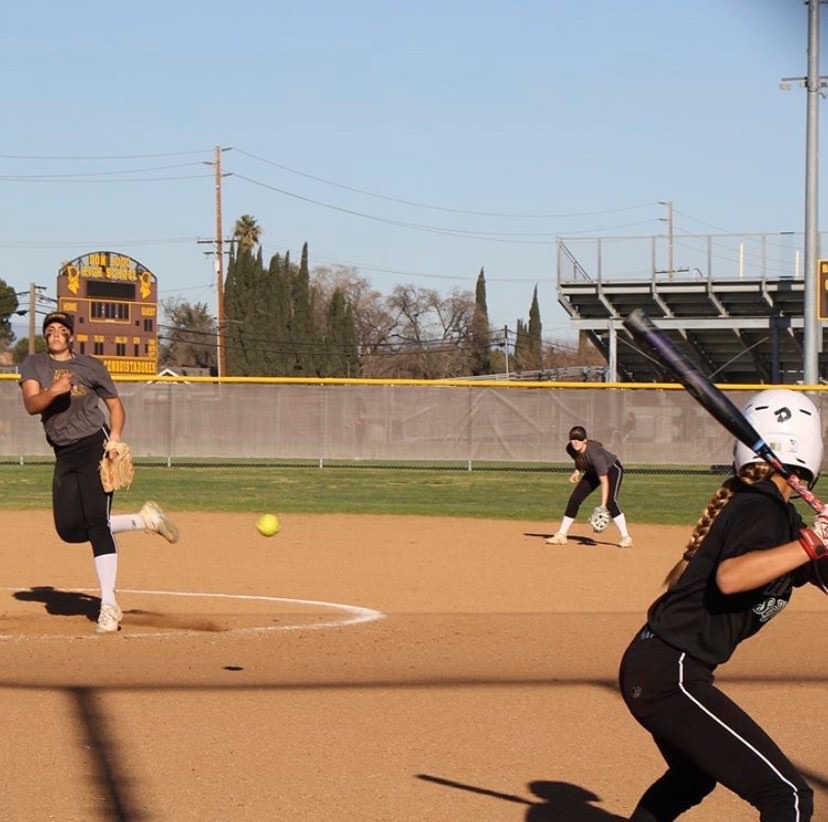 Baseball isn’t the only sport that comes with spring. Softball hit the ground running, kicking off league with a huge win over Chaffey high school 8-2. These girls are no stranger to the winner’s circle with a star-studded lineup including Nevada University commit Ellie Garcia and Minnesota University commit Sarah Velasquez.

Softball is another one of Don Antonio Lugo’s sports that have not failed to thrill their fans with a CIF run, staying consistent year after year. Although the girls seem to be firing on all cylinders, they have experienced their fair share of setbacks, with a switch of head coaches midway through the 2018-2019 season.  Luckily, they seem to have adjusted very quickly and are going strong again.

When asked how he feels about the upcoming season, Coach Gano immediately ensured that this season would fall nothing short of an amazing run at the CIF title, explaining, “We constantly do nothing but improve.” He think that every single step back is met with two steps forward. He also claims, “We have all the ammo a team needs,” elaborating, “In any event of injury, there are many girls waiting in line for their chance.” Coach Gano is certainly confident in his girls and their abilities.

The one thing keeping the girls away from doing their thing on the diamond is the weather, as Chino is getting its fair share of rain this season, which has lead to the cancelling of both practices and games. The girls like to keep the grind going with indoor batting cage reps. Not only do they use their time wisely with practicing out of the rain, but they also enjoy team bonding, as they strongly believe great teams aren’t only built on skill but great chemistry as well.

If not even the rain can keep these girls from improving, what can? It is looking to be another killer season from our very own Queens of the Diamond. Stay tuned, as the season is still to be determined when play will resume, but hopefully it won’t be long.