Opinion: The vending machines need to go…Yes, all of them 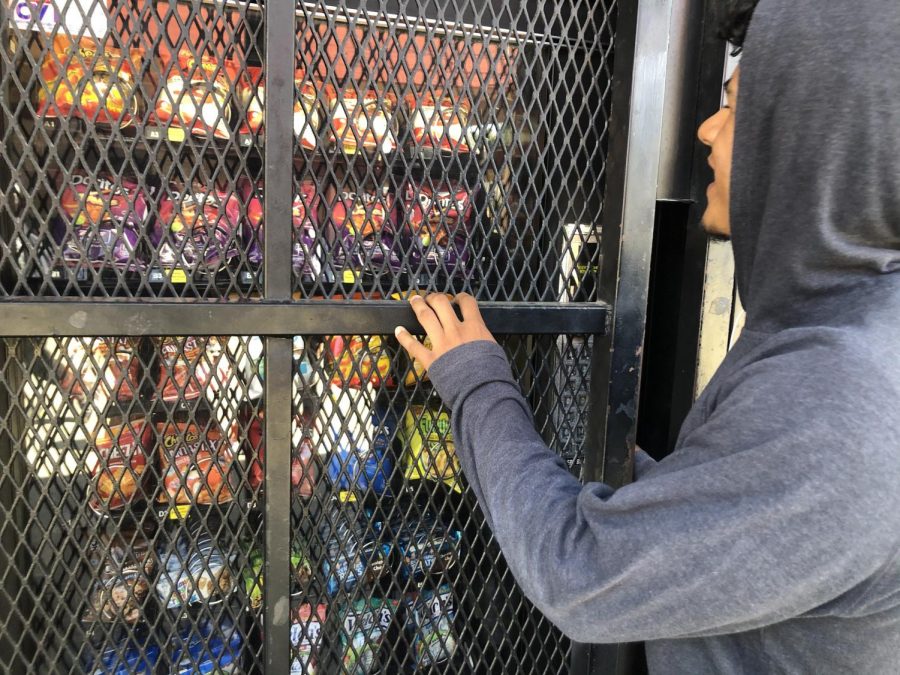 In between passing period, junior JoJo Galindo looks for a snack to take to class. "As an athlete that's here all day, I like that I can grab a quick snack if I want to," Galindo said.

The vending machines. The iconic arm gymnastic hassle we all know and love to hate still remains one of the many eyes sores on campus. Dark and shadowy, locked in a cage, and filled with disgusting and unhealthy snacks, the vending machines are not only unappealing but look indirectly hostile as if the snacks are being held against their will. But the ugly and well protected snacks are just the beginning of what I consider to be a vending machine issue that our administration needs to look at closer and then consider removing all vending machines off campus.

In a 2013 article from Live Science, “School lunch programs often get a bad rap for not providing kids with the proper nutrition, but vending machines on campuses are making matters worse….Consumption of vended foods and beverages currently offered in U.S. schools is detrimental to children’s diet quality,” said study researcher Madhuri Kakarala, of the University of Michigan Medical School.  The amount of pretend health foods like baked chips and sugary Snapple drinks along with Pop Tarts and cookies, have found their way onto our campus and now we are contributing to the poor diets of students. But I get it, junk food is appealing and so is the cost. For just $1 students flock to the vending machine for a quick snack, but sometimes they are drawn to the vending machine during class period which now causes a behavioral issue on our campus.

Oh, and it gets worse, the vending machines have a massive reputation of, “eating people’s money.” Obviously, a malfunctioning vending machine is going to make students mad, which is why the cages around them are necessary; they deter students from punching or kicking a “broken” machine. But the cage around them makes our campus look unattractive and the added behavioral issue of vandalizing the machines out of frustration, just seems to add to other behavioral problems on campus.

Don Lugo security has reported that they send 2-3 students back to class on a verbal warning daily because students are abusing the bathroom passes in their classes. People will spend minutes at a time during passing period at the vending machines instead of getting to class. Then admin wonders why tardiness and truancy to class are at an all time high. Class of 2022, Treasurer, Alexis Villapando thinks students are drawn to the vending machine and that behaviors will rise because “students will get hangry” if they don’t have access to snacks all day long.

If you ask me, the vending machines are simply not worth the hassle they cause.