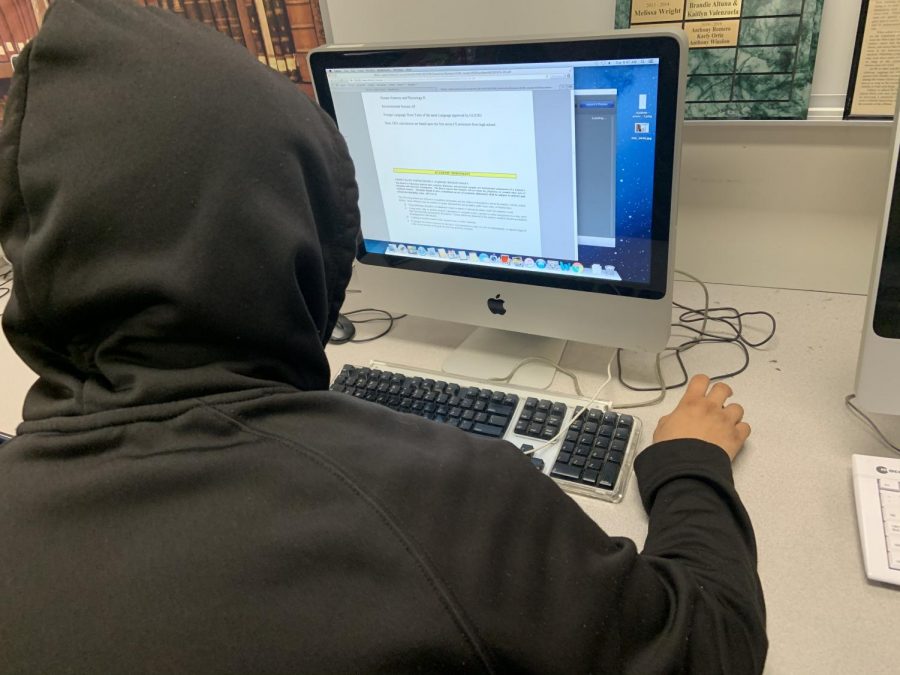 Student working in class to get an assignment done using technology.

One of the main reasons technology is so important to students is that it can extend their education. Students can now take online courses for college, high school, or summer school. This provides more opportunities and easier access to gaining and proceeding through the education process. However, the more technology shown to be used in the class or district, the lower students’ tests scores seem to be.

The Reboot Foundation released a study in 2019 that shows a negative correlation between a nation’s performance on international assessments and 15 year olds’ self-reported use in technology. The result showed that the more students use technology in their class, the lower they ranked in educational achievement.

“The Organization for Economic Cooperation and Development (OECD) first detected a negative relationship between computer usage in schools and student achievement on its 2012 tests known as PISA, or Program for International Student Assessment, which are taken by high school students around the world every three years.” 2012 was a year that technology in school was not fully “normal” or seen every day in the classroom. However, three years later in 2015 the Reboot Foundation was worrisome as the results did not look any better than the 2012 results.

Technology is being used every day in school and students, let alone teachers, rely on it to complete assignments. The use of technology in the classroom should be monitored to keep students interactive with what they are learning for the sake of student’s future in education.