The ACT: a widely ignored alternative to the SAT 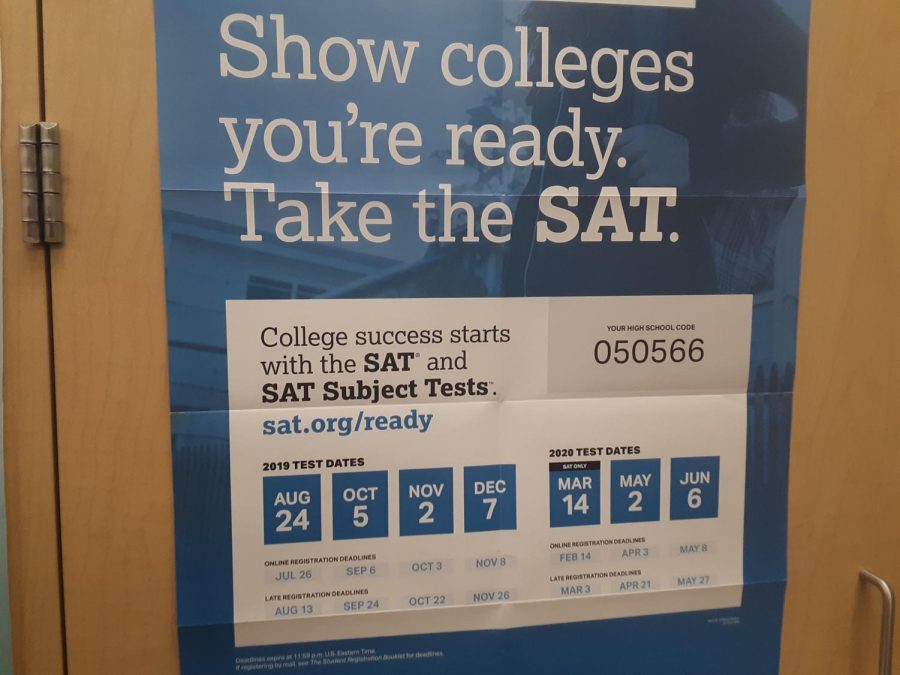 The SAT is coming up, but there is an alternative for students worried about their performance.

As students prepare for the SAT, they should also start preparing for the ACT. Since 1926, high school students have taken the SAT and been promised that higher scores would improve their chances at college. However, many students don’t realize they can take the ACT instead of (or in addition to) the SAT for another shot at college in a shorter amount of time.

Many people wonder what the difference is between the two.  To start, the ACT is a much shorter test: the Princeton Review notes that the ACT is two hours and fifty-five minutes long without the essay, and three hours and thirty five minutes long with the essay.  In comparison, the SAT is around three hours, which increases to three hours and fifty minutes with the essay. There are also several other differences between the tests, such as scoring scale, skills tested and how they are analyzed, and whether or not students can use a calculator.

For some students, the ACT may be much easier than the SAT, so they should be aware of it as an alternative.  Luckily, collective awareness of the ACT seems to be growing.  According to StudyPoint, “…the SAT continues to reign in popularity on the East and West coasts, the ACT is the more popular test in the Midwest. That being said, recent years have seen both exams gaining ground in areas where they had formerly been less popular; it’s now common practice for students all across the country to take both exams,” which is good for students which may have trouble with one of the tests.

Students who are interested in signing up for the SAT students can sign up on the college board website, and students who want to sign up for the ACT can sign up at ACT.org.  In an article from Chegg by Julia McCoy, she mentions, “All major four-year universities accept it. In fact, some even specifically require the ACT.”  McCoy further explains that a higher ACT score can help make up for any weaknesses in students’ high school GPA. Unlike the SAT, the ACT also gives students the option to take a science portion, which may make it more beneficial for students looking to enter STEM-related fields.

For students looking to go to college, the SAT is just as beneficial as the ACT.  Both tests open doors to college and can connect students to scholarships for performance. Whether students are approaching deadlines for college applications or want to be sure they have the highest score possible, both tests should be considered.