Theatre’s lip sync battle: “We’re all in this together” 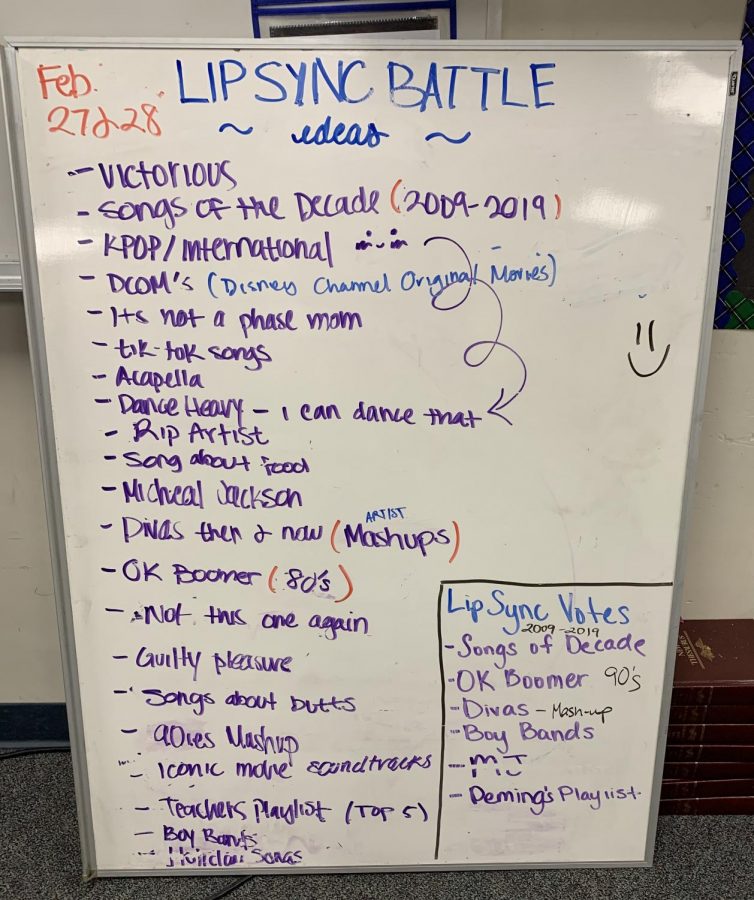 Lip sync battle is coming to Lugo! The theatre department is putting on a show February 27 and 28. There are three teams total. One of the two advanced theatre groups is led by Andreia Sales, the other leader is Mya Salazar, and the “Intro to Theatre” group is led by Angelina Deharo.

Each leader expressed that their teams were excited and ready to start preparing for the show. There are 6 different categories each team needs to prepare for. They all voted, and the final categories were decided as: OK Boomer, Songs of the Decade, Divas, Deming’s Playlist, Boy Bands, and MJ.

Mya boasted about her team in the early stages, “My team is ready. I am so impressed with them and I know they are going to put on a great show.” Andreia responded with confidence, “My team has a lot of enthusiasm which is great.” Overall, the team captains seem sure in their team and are prepared to sweep the audience off their feet.

The teams are currently picking what songs they want to lip sync to and what roles each team member will fill. According to Mya Salazar, the performances and winners change each night based on their execution of whatever category is picked. Andreia Sales explained how they spin the wheel to determine what category and performance the teams will need to execute which is why the show is different each night.

The lip sync battle has become a staple piece of Don Lugo theatre. The students have spent numerous hours and weeks preparing for their big night. Don’t miss out on both show nights to see the different performances and winners.