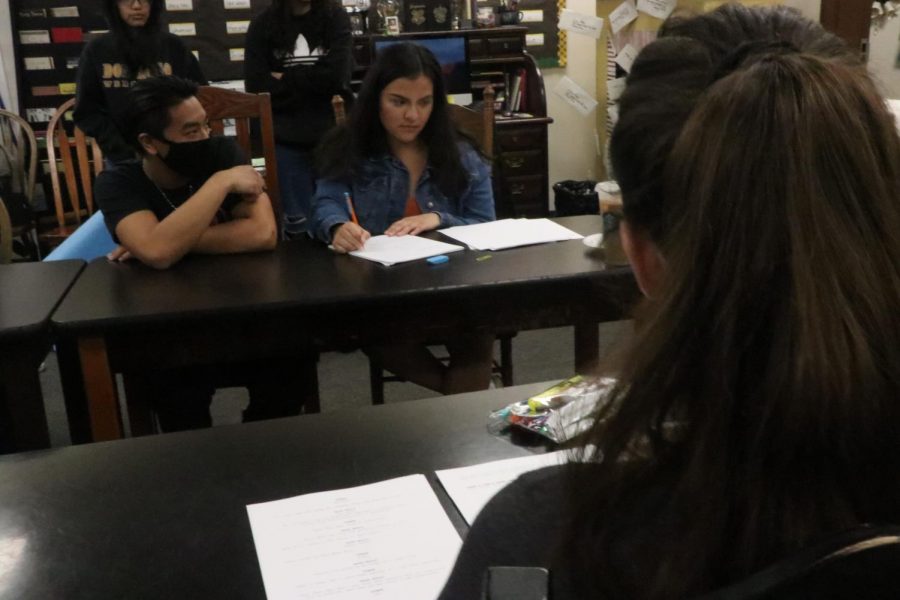 Don Lugo’s Imagination Players are getting feedback on their self-written children’s theatre script to be performed later this year in April. They took one month to write the script, not including all the effort in building the characters and storyline. They are seen here giving and receiving feedback to help finalize the script. This process takes an abundance of creativity to tap into their inner kid.