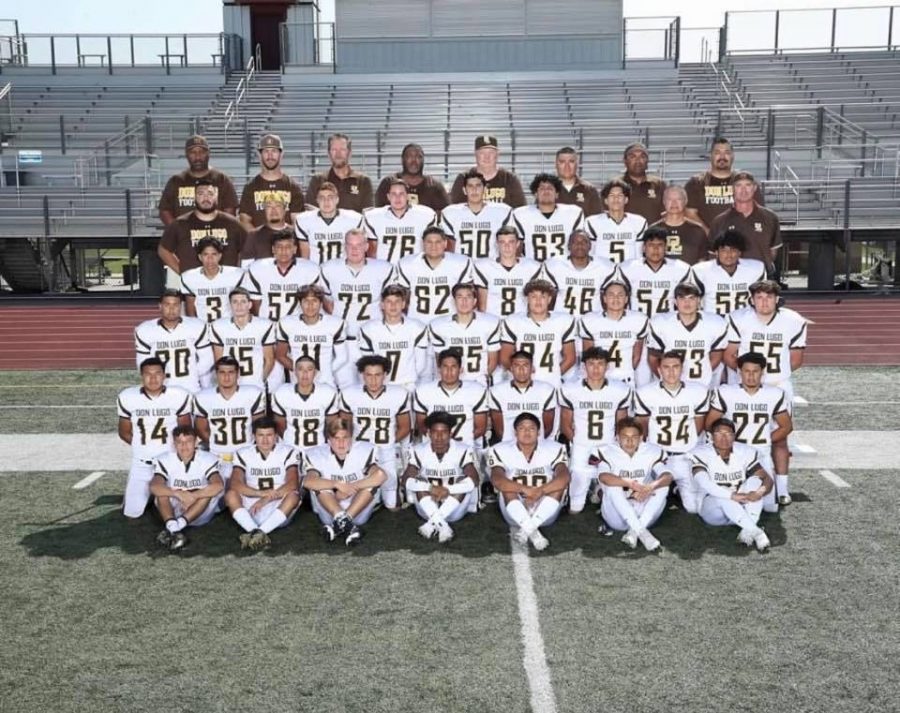 Team photo of Don Lugo's Varsity football team. "It was a well fought season, but next year we will come back stronger."