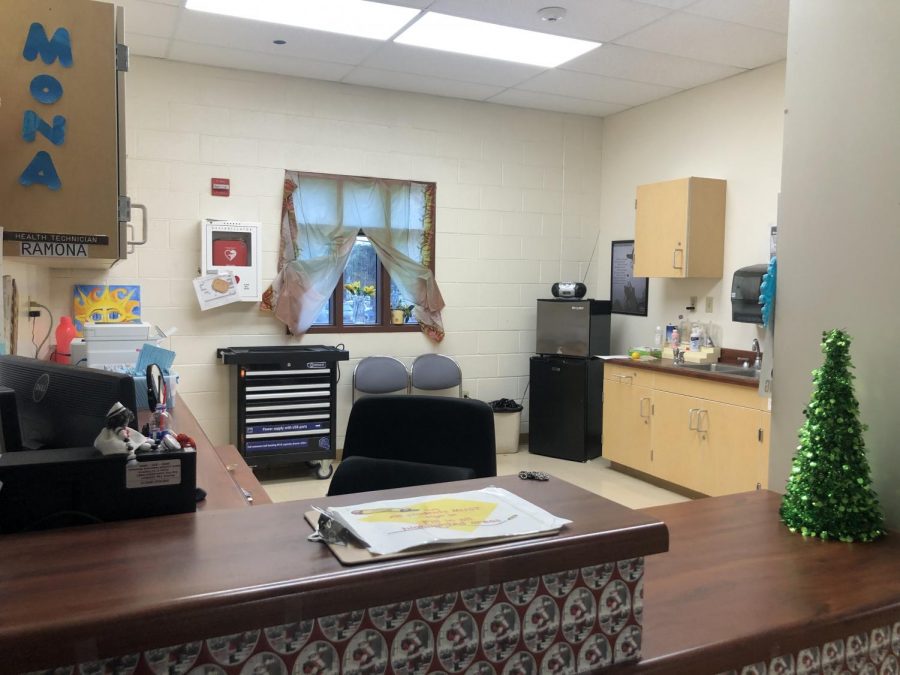 The nurses office is always open to kids in need of help or are just going through a rough patch. The nurses understand there is a lot to manage and encourage you to come in if you need more support.

Last month, Reyana Arrendondo Tamayo overdosed in her first-period math class, and she hasn’t been the only one. Xanax is a prescription drug, intended for use by people with panic and anxiety disorders, or anxiety caused by depression over the age of 18. Xanax has an age recommendation because it is a highly addictive drug and should not be used long term. Teenagers under the age of 18 already have a high chance of getting addicted to most drugs, and Xanax is one of the most common.

What these students have been overdosing on specifically is a 2mg bar containing alprazolam (the generic name for Xanax) referred to in slang as “Hulks.” Hulks usually refer to green-colored generic bars scored three times and imprinted with “S903.”  Even though she was already late to class, Reyana took a Hulk.

Reyana described how quickly and unexpectedly her overdose hit her, “I was just sitting in class and then I blacked out.” Her best friend, who was in the same class, saw something different from Reyana.

When Reyana walked into class, her best friend, who wishes to remain anonymous, noticed Reyana didn’t seem like herself. She was acting very physical, getting up from her seat to hug him and told him she was scared of getting caught. When he was finally able to sit back down she had gotten up again and walked over to where the calculators were. Reyana’s best friend described the situation, “She went to sit down and she fell and started laughing.” He then went over to help and she was soon taken out of the classroom, the teacher having called for help.

People who take too much Xanax may experience symptoms such as drowsiness, poor coordination, blurred vision, and confusion. Sometimes, people may experience delayed symptoms, and others can experience severe symptoms, such as comas and even death. Mixing Xanax with other medications and alcohol can cause an overdose as well. Xanax can be a dangerous drug in the hands of a teen, especially if it’s not prescribed by their doctor.

Reyana explained after returning from the hospital, she couldn’t remember anything about the event or her stay there. There seems to be an epidemic involving Xanax and the students at Don Lugo High School. Xanax has been talked up by students as something “Easy to love,” though the effects it has on students aren’t effects of love.

When Xanax is misused it threatens teens’ mental and physical health. According to the U.S. Surgeon General’s report on drugs and alcohol, nearly 70 percent of adolescents who try an illicit drug (Xanax) before age 13 have a higher risk of becoming addicted. Don Lugo High School’s counselors like Mr. Lima’s have open doors to people struggling and he will offer even more help after visiting.