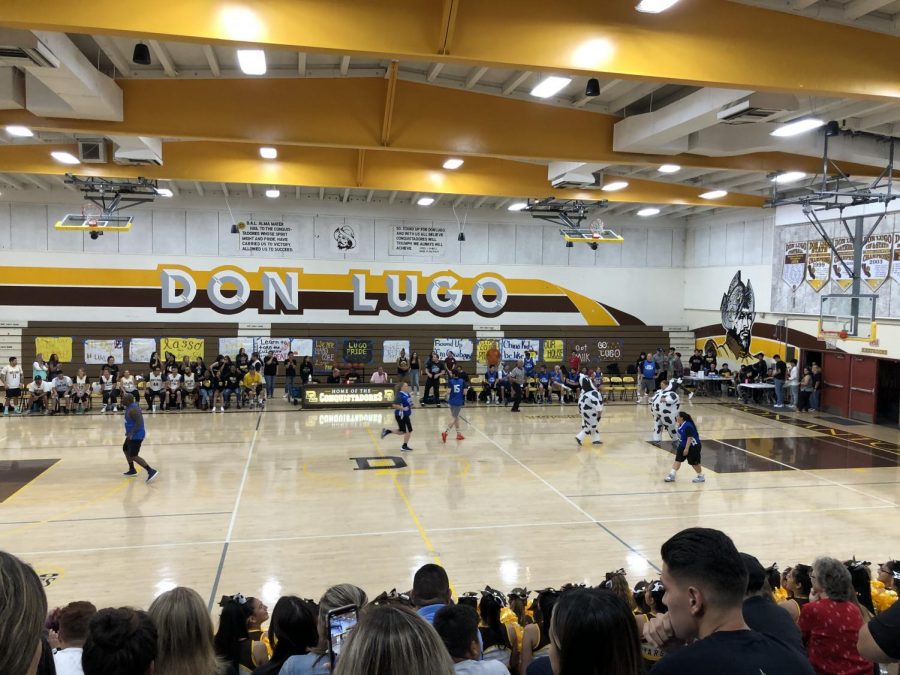 Don Lugo’s gym is known as one of the smaller gyms in the Chino district, with barely enough space to have 2 games going at once. Chino is getting a remodel, Ayala has two gyms, and Chino hills has one of the biggest gyms in the Chino Unified School District, so it seems like Don Lugo is the odd man out. Lugo continues to struggle to keep up with other high schools in southern California let alone in their own district.

The need for a bigger gym has only rose in demand by the year, however this year has topped the rest. During the transition of fall sports to winter sports, Don Lugo Girls’ Basketball hosts the annual Shawnae Harris basketball tournament in honor of the female basketball athlete who passed away on November 2007 in a severe car crash. Don Lugo has honored her with a retired jersey and of course naming their annual tournament after her. 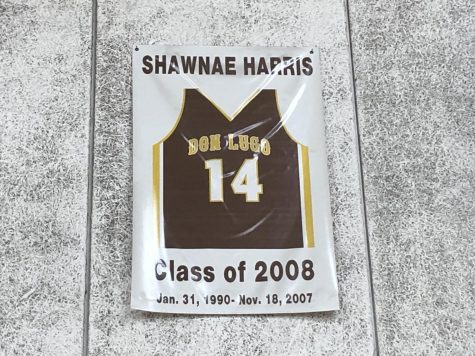 Saslaya BacaVarsity Girl basketball athlete, Shawnae Harris has jersey retired on the wall of Don Lugo’s gym. “She was one of our best defenders and was very aggressive.” -Eric Highstreet

These cancelled games from the tournament makes a major gap towards the regular season which can affect the team’s performance as a whole. This then causes girls basketball to create scrimmages occasionally before the regular season which takes up gym time from other basketball levels and other sports that require the gym which makes a distortion in the gym schedules.

Steven DeLeon who is the Varsity coach for boys basketball also spoke on the struggles of scheduling gym time, “It’s fine that people use the gym and have schedules for it, but sometimes they will schedule it during a time before or after or even in between our schedule causing our plan for that day to change entirely.”

As Lugo continues to wait and wait on the extension of our gym that has been asked for for the past 5 years, the problems continue to stack up. Nonetheless, Don Lugo must strive to provide for an upgraded gym for the sake of sports and after-school activities.