Most listened to genres of music on campus 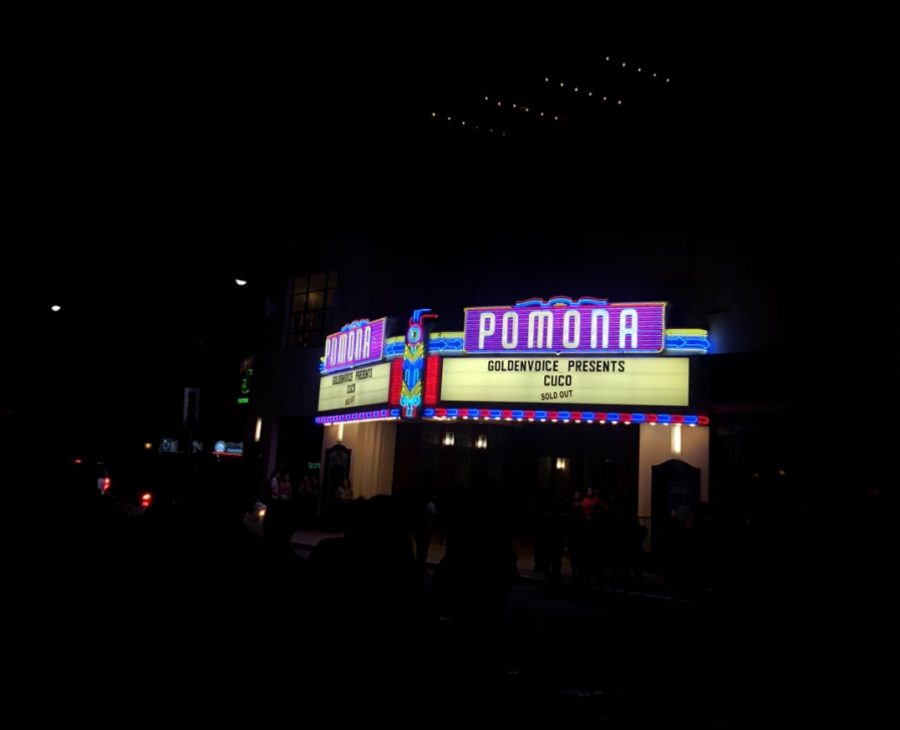 During Cuco's North American Tour one of his stops was in Pomona, CA. A photo was captured outside of Pomona Fox Theatre featuring artist Cuco. "Sold out"

Music plays a role in many student’s lives, especially throughout the halls of high school. It’s a way to block out the world and enjoy some time alone with your favorite artist or song. In high school you see plenty of students listening to music with earbuds in or sometimes even through a speaker.

Alyssa Orona, a senior, explains that music provides an escape from reality and makes her feel happy. She also claims that music is an amazing thing because “there is always a song to match my mood.” But what exactly are these students listening to that makes them keep the earbuds in even during classes?

A survey was taken to find what the top three most listened to genres of music are on campus and the results were not surprising. It was found that the top three genres among students are indie pop, rap, and punk. Some of the artists that were frequently mentioned include: Frank Ocean, Cuco, Rex Orange County, J.Cole, YG, and The Misfits.

When a student was asked why he likes his favorite artist enough to bring them to school with him, he responded with a thoughtful answer. Fabio Bernardino, a junior, explains that he loves Frank Ocean’s style of music because of the “anonymity behind his music, the way he presents his words, and the words themselves.” Frank Ocean has impacted music for Fabio just like many other artists from different genres have done so for many other students on campus and around the world.

According to udiscovermusic.com , indie music has been on the rise lately due to changes in trends and pop culture. Some big name artists have made indie music go mainstream like Lana Del Rey and Billie Eilish. This has led to the genre spreading and more and more students on campus beginning to listen and appreciate indie songs.

Punk music has always been around, and was losing popularity for a while, but has been gaining attention from many high schoolers lately. Today more kids of all genders have picked up skateboarding and punk rock plays a big role in the hobby. It is mostly listened to amongst skaters, and people who enjoy the aesthetic. Essentially the genre is kept alive by the skateboarding  community, which includes many Lugo students.

USA Today states that, “rap music has become the most popular genre among music fans.” Rap songs have always been played on well known radio stations so it’s no surprise to hear that it is the most popular genre. Rap has a staple genre for decades, and many popular artists are rappers. Websites and apps, like Soundcloud and Spotify, have allowed new and upcoming rappers to share their own rap music, making it easily accessible to students.

There are so many genres of music that students listen to on campus but indie, rap, and punk seem to have taken over. Music trends tend to change frequently over time but these three genres have really gained popularity. These music categories have become so big and well-known, students at Don Lugo practically have the same playlists.