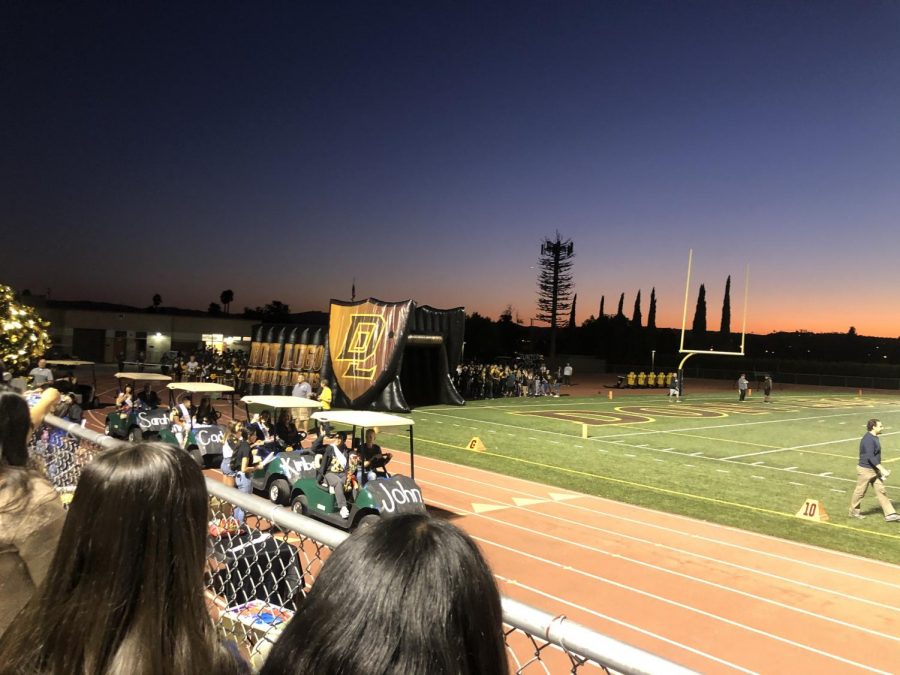 The crowd went silent as they waited patiently for sound and movement on the football field. Everyone’s eyes followed the students who paraded from against the bleachers dressed like famous movie stars from the 1900’s. Theatre amazed the crowd with their ongoing performance and dance’s production was show-stopping .

On October 11, 2019, the audience that attended the homecoming football game was able to see some great performances put on by dance team and theatre. This year’s homecoming theme was “Old Hollywood” and this determined what theatre’s halftime production would be based on. The actors were portraying famous and classic Hollywood stars throughout the entire break.

During halftime they re-enacted a pre-recorded script and embodied the vintage spirit. The audience was able to witness Audrey Hepburn, Greta Garbo, James Dean and more take the stage again all within the span of a couple minutes. Theatre’s act was definitely one to remember with the iconic wardrobe and actors. The actors portrayed each star very well and brought them to life with their stunning performance where they had all eyes and ears on them, and it can be said that these performers are truly meant to be a part of Hollywood.

During theatre’s production they introduced dance team who marched onto the field with high energy  and provided the audience with an astounding performance. The dance team production was definitely a breath taking show due to the team’s flashy red costumes and amazing choreography. The bond between these dancers can be seen through each perfectly timed movement.

These dancers really attacked their movements and made their dance look amazing. The dancer’s fierce facials also added to the choreography for “A Little Party Never Killed Nobody”. The team choreographed this piece together themselves and all their hard work clearly paid off.

If you missed any of these astonishing performances then you better clear your schedule for next year’s Homecoming game!