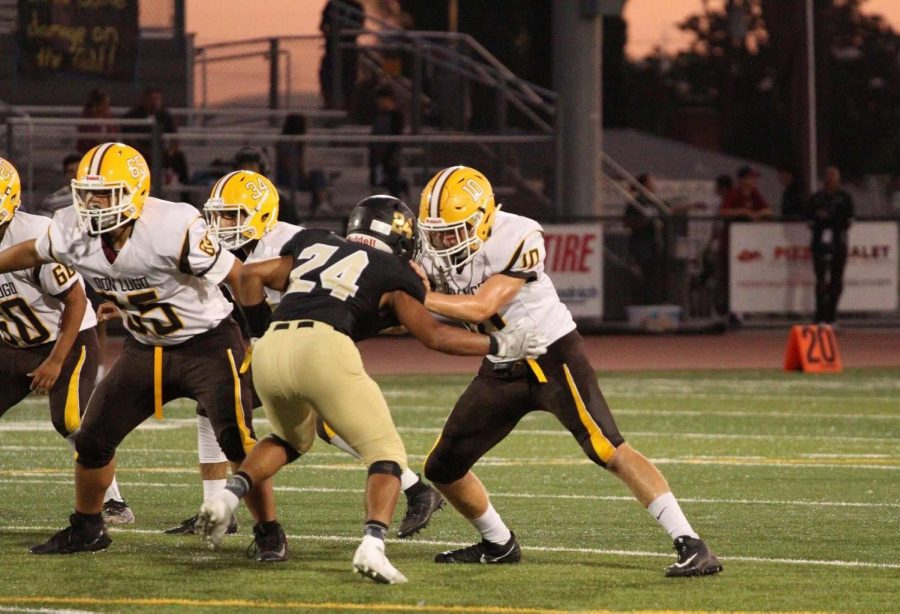 Stephen Cabrera: football player, track jumper, ASB junior class treasurer, and Dr. Cabrera’s very own son. As one of the brightest kids on campus, Stephen represents the school’s Conquistador Way of “Be Respectful, Be Responsible, and Be Involved.” He has shown his dedication through academics, and of course, athletics. From one brother to another, I can attest to the fact that Stephen adds energy to the team, and continues to pour his heart out on the field every week, and his presence on the field is contagious.

On September 14, during Lugo’s game against Northview High School on a punt, minutes before half-time, Stephen Cabrera was looking to make a play, but was hit from his blind side and did not get up for several minutes. When the hit that knocked him out of the game initially happened,  Stephen recalled, ”It was pretty scary to be honest, when I got hit I was in shock, so I couldn’t really move or get up.”

Dr. Cabrera, was there, standing on the sidelines when Stephen got hit, stood in disbelief and grief as her son stumbled, fighting to get back to his feet. The whole football team, along with the coaches, were devastated as their starting defensive end and starting tight end had taken a huge hit and couldn’t get back up. This immediately caused a huge impact to the football team since its thin depth chart affects the players, and there aren’t that many backups that are able to fill that spot on the field.

Concussions are a very serious injury, and they’re common at all levels of football, from professional to Pop Warner. According to the National Center for Biotechnology Information article, Dr Nathan A. Jacobson reported, “Youth football programs across the United States represent an at-risk population of approximately 3.5 million athletes for sports-related concussions.”  Significant blows to the head, play after play; game after game can take its toll on a player. Those blows to the head may be unhealthy for a player, but players know what the risks are when getting themselves into football.

Kim Hansen, Don Lugo’s athletic trainer, was asked what the rehab process is like for a concussion and she explained, ”Everyone will have different symptoms and everyone will have different degrees of severity. So it’s hard to say how long an athlete will be out when it first happens because they are all different scenarios.” Cabrera’s original recovery plan was a suggested two to three week plan. “I think I could’ve gotten better way quicker if the first doctor told me to stay home,” says Stephen.

After the Northview game, Stephen dealt with many headaches and nausea in school. He was out for a week and sat out the game against California High School. With some uncertainty, Stephen isn’t completely sure if he will be ready for this week’s game which is the first league game against Chaffey High School.

Jojo Galindo and fellow captains Johnnie Valdez and Branden Garcia chimed in, “Stephen is a key player on the Don Lugo football team.” Stephen’s planned return is tonight, Friday, October 4 against Chaffey. Stephen is itching to come back on the field remarking, “I want to come back hitting the ground running. Basically, I want to go out and play the rest of the season [whole] heartedly.” Coming up on the biggest part of the season, with league starting, Stephen’s heart to play football for his team is undeniable.