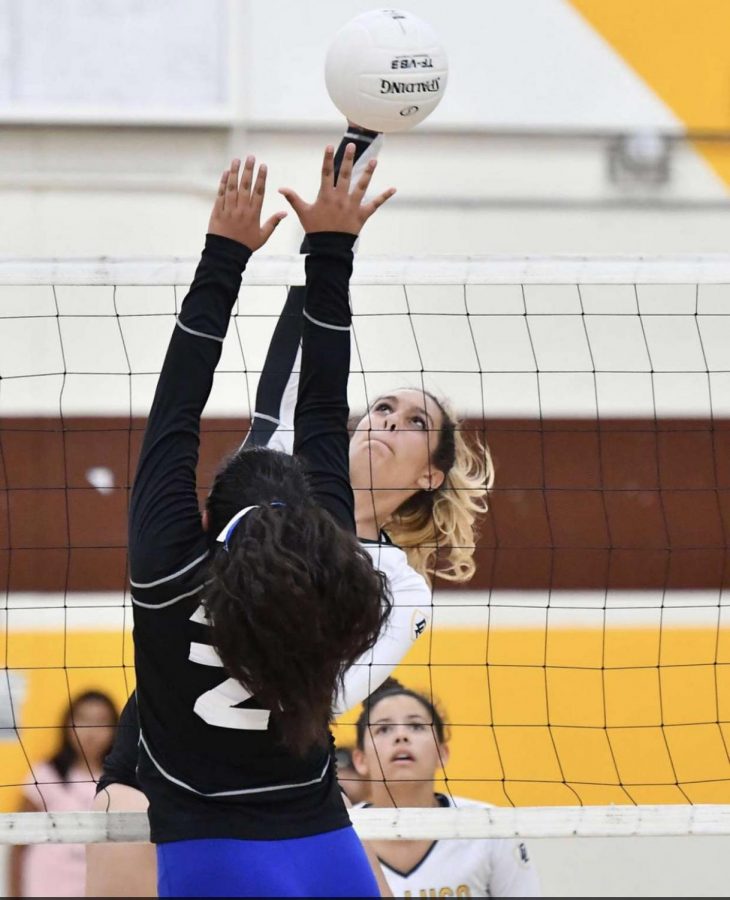 Ellie Garcia the 6-foot volleyball star has taken the court by storm from last season and now this season in league. However, there’s some tough news following last weekend’s volleyball game at Ayala High; Ellie had injured her knee specifically her MCL. Teammates of hers say that she had jumped to spike the ball and landed awkwardly on her leg which caused her knee to jerk in the wrong direction.

When asked if she thinks she will come back stronger from the injury she responded, “l think I will come back stronger when l come back from this injury. Not in a physical way, but mentally it has allowed me to realize how much I love playing volleyball.” Ellie does not know when she will be out for but she does plan to give it her all, and play through the injury because she wants to do everything she can to win a league championship.

Ellie’s desire to win a ring is undeniable, and she will let nothing come in between her getting that CIF championship. The rest of volleyball team have the same goals in mind. Ellie clarifies by declaring, “I am confident my teammates will be able to play my position well.”

The team looks to repeat in becoming league champions and finishing the year in the CIF playoffs which will hopefully lead to the “promise land”.

Lugo is coming off a huge win after beating their cross town rivals, Chino High, 3 sets to 1. Ellie plans on playing Lugo’s next away game against Diamond Bar on September 23 at 5:15 and hopes to push through the pain for the sake of her hopes becoming CIF champions.