On Campus Art and How it’s Underrated 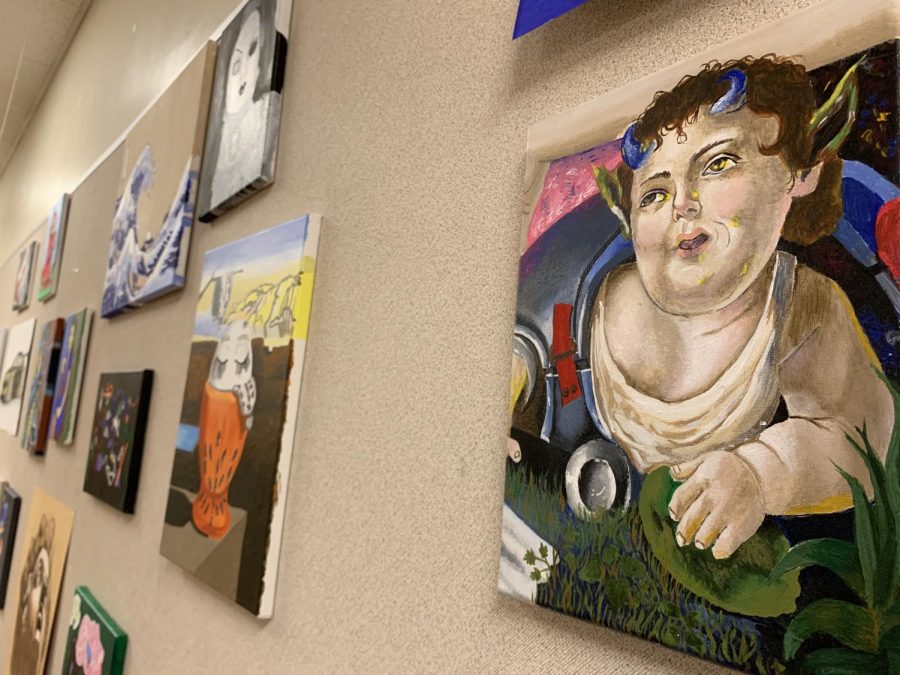 On campus you may have heard many announcements about a new sports game coming up and to support the team, but there is often less attention given about the arts. Art isn’t just painting and drawing, there are many forms of art that fail to be given recognition on the same level as athletics.

Art is not just one thing, it’s all over campus and students take pride in their work and deserve recognition just like any other activity. When asked about how he felt about artist recognition on campus, Jazz band bassist Emiliano Palomino responded ” I think that the performing arts side isn’t given as much attention when compared to competitive sports.” Emiliano stated that he believes band gets a considerable amount of attention in the eyes of parents and some others, but is not equally recognized throughout the campus.

Many student artists are made to believe that a career in art is unlikely and is a waste of time. In an article in The Independent Grace Fearon states this “More noticeably than ever, creative subjects are being labeled as ‘soft’ university subjects, a waste of time to study, and degrees that will almost certainly not lead to employment after graduation.”

Advanced theatre and dance student Cheyenne Bazilius has an opinion on art recognition on campus, “The school should give us more attention instead of talking about sports or academic things all the time, bring in the arts, make us feel special too.”  When asked if she believes if theatre gets recognition on it’s own, she responded with “I feel that theatre is recognized but not enough, if we were recognized more people would see our shows and our hard work and realize we aren’t just a weird group of kids.”
“We are caring and like a family”-Cheyenne Bazilius
However, not everyone feels this way. Mrs. Miller, who teaches art and design believes that artists on campus are indeed represented. “We sometimes feel that maybe the students don’t know how much they are represented, but for instance during the district art show we have board members who come and writers from the Chino Champion. We sometimes think the students don’t know.” She says there could be a better effort made in representing student artists, and likes the idea of more lunch time art shows.


In the world art has recently had a rise in recognition, many new and young artists are rising to the forefront with new ideas and passion. Social media gives a platform for young artists without having to depend on the school for representation and a quick browse through Instagram or any other social media platform and you will see so much art and potential.
Delete Image
Align Left
Align Center
Align Right
Align Left
Align Center
Delete Heading