How to get in to an Ivy league college 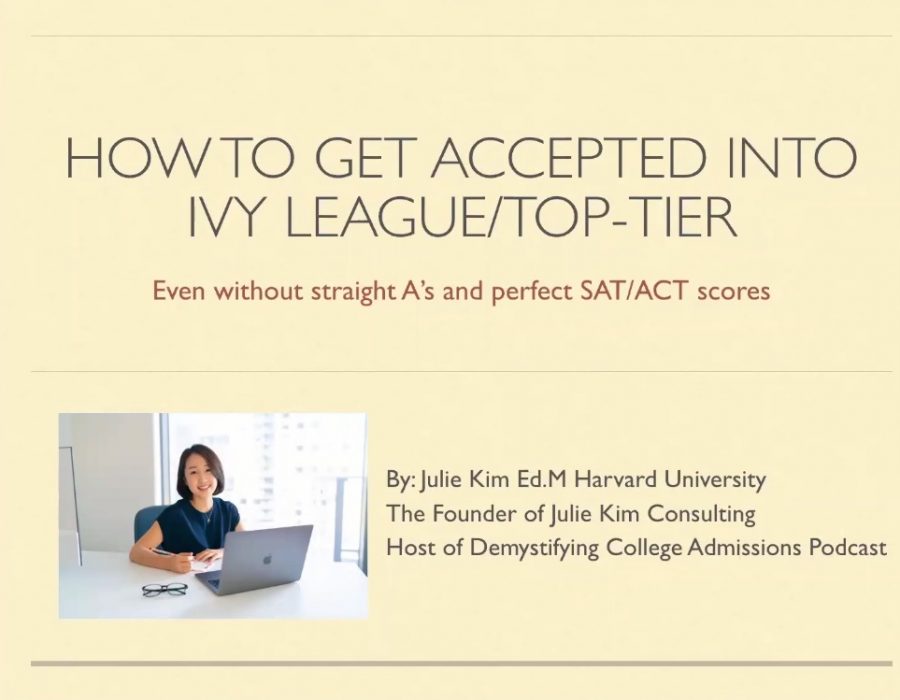 It’s no secret that students spend many late nights stressing about getting into an Ivy League or four year university. We all do it the same way; joining as many clubs and sports as we can, taking as many APs as humanly possible, and begging teachers to raise our 98.8% grade to a 100%. What many people don’t know is that Ivy Leagues and top tier universities see this type of thing all the time, the real question is; How do I stand out?

Signing up for college is a little bit tricky, especially for first-generation students. Most parents assume the more their child does, the less likely a college is to reject them. That may have been the case 10 years ago, but nowadays students are taking creative routes when applying to a college. Joining 3 clubs, having 4 APs, and getting a perfect score on the SATs has stopped being an Ivy League’s first priority.

These screenshots illustrate what is most important to UPenn and Brown University: character. However, most people don’t really consider how their character comes across when applying, instead blurting out all their achievements and how much they like whatever college they’re applying to. That is not the way to go.

According to Julie Kim, a Harvard graduate and current College Consultant who’s helped over 500 people get into their dream colleges despite their lack of 4.0 GPAs, doing more does not equal college admission. Actually, Julie shares that colleges are less likely to choose a student with years and years of worthless credentials and more likely to choose a candidate that has excelled in one particular area.

Then comes the misconception that you should volunteer hundreds of hours to put yourself ahead of the curve. In actuality, colleges know when someone is only volunteering to get into a college. The safest way to add a few brownie points to your application and help the community at the same time is to do something you would do even if you had no plans of going to college.

Students and parents can’t be blamed for choosing the wrong course when it comes to building a college application, because of recommendations to take absurd amounts of APs and other challenging courses. If colleges only really cared about the amount of AP’s you take, then most people who apply to Harvard would get in. Julie shares that colleges don’t find 6 periods of challenging classes impressive anymore, because everyone who applies also has the same credentials.

Julie’s best advice on how to stand out to a college is by creating what she calls a Passion Project. This is doing something you’re passionate about and mentioning it in your application such as setting up an event to teach young kids about STEM, or anything else that represents your interests and values. Having one extraordinary project like this helps your chances of getting into college way more than having a long list of small accomplishments like winning a Spelling Bee in 7th grade.

Actually, it may actually hurt your chances. Colleges know when a student is only trying to impress them, and most of the time they take applications with a grain of salt. This is one of the main reasons college acceptance rates are getting lower and lower.

Colleges aren’t looking for the same thing they were a couple years ago. The process is much more competitive, and it’s about time we had knowledge of this and a fair chance to compete.