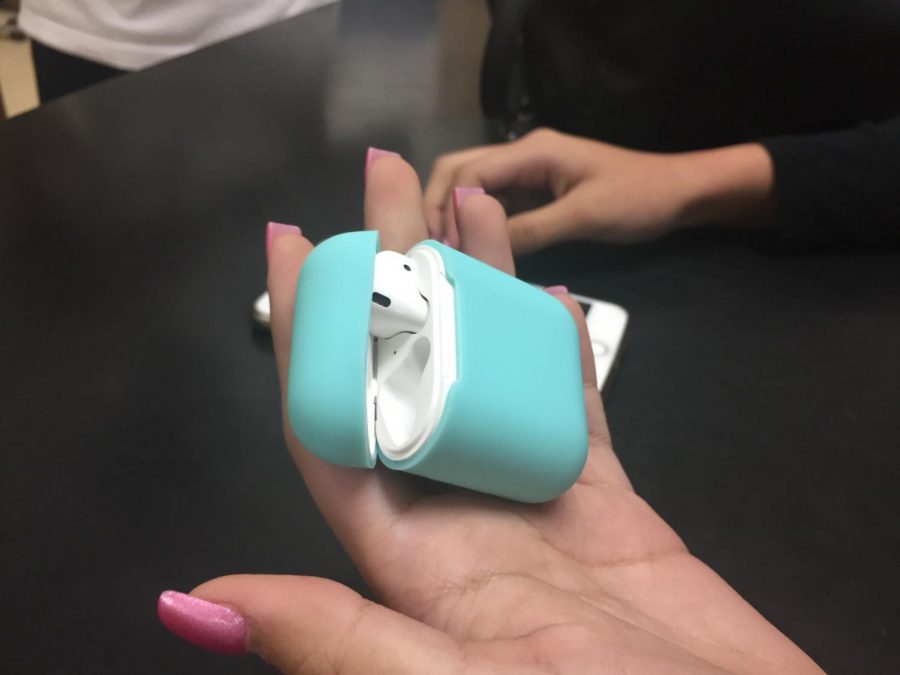 Airpods were introduced alongside the Apple Watch series 2 and iPhone 7 on September 7, 2016 by Apple Inc. They weren’t released online until December 13 of that same year, a little bit later than they had originally planned the release, which was late October. Airpods made their way to select stores on December 20, 2016.

Although they are designed for iPhones, when connected to a Samsung or other type of phone Airpods work like any other pair of wireless Bluetooth earphones. But, when connected to a iPhone or other Apple device, Airpods connect instantly and stop playing music when one is taken out of your ear unless set otherwise. Airpods also have a interesting charging case that makes a 15 minute period in the case last 3 hours.

To get the full effect of the Airpods, I asked students who own this device their opinion on them.

Most people agree that Airpods are expensive, and the Airpod 2’s are going to be no different.  Even then, tons of people have Airpods and there’s a big percentage of people planning on upgrading to the newest Airpods.