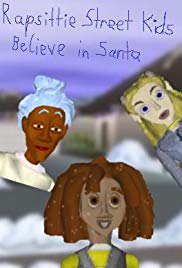 5.) “Gotta Catch Santa Claus”, released on December 8, 2008 by Teletoons Entertainment and produced by Gotta Catch Santa Claus Productions is about a 12-year-old boy named Trevor who attempts to prove his friend wrong by capturing Santa, but things don’t go as planned when an ice monster, with a 100 year grudge, has the same idea. Animation by 2008 standards, the movie is dated, the animation is cheap, and the characters are obnoxious and unlikeable. Even more so is the terrible voice acting. Most of the voice acting feels very annoying, obnoxious almost, as if these kids were being handed a fat paycheck and didn’t bother about how they sounded. The movie tries too hard to be hip and cool. Even poor William Shatner was roped into this abomination of this production. Come on Shatner, you’re better than that! While “Gotta Catch Santa Claus” is not the worst Christmas special of them all, it has made the list because of its cheap animation, weak characters, obnoxious voice acting, forgettable songs, and weak story. With an uninspiring storyline,  a wannabe hip and cool dancing Santa Claus, and a conforming message of believing, avoid this movie at all turns.

4.) “Tom and Jerry: A Nutcracker Tale”, released October 11, 2007, produced by Warner Bros. Animation, and with a initial release in Japan on November 2, 2007. “Tom and Jerry: A Nutcracker Tale” has taken its spot among the God awful direct to video Tom and Jerry movies. In the late 2000’s and the early 2010’s, this 47 minute long production was inescapable and unavoidable on Cartoon Network during the holidays. With its weak songs, incredibly weak characters, and incredibly cheap animation. The animation and its story barely hold up, feeling more like a cash in, rather than good entertainment. This 47 minute long special is passable and forgettable at best.

2.) “Eight Crazy Nights”, highlighted as one of Adam Sandlers worst animated films. “Eight Crazy Nights” is not exactly a Christmas movie but a holiday movie nonetheless, focuses on the celebrations of Hanukah. The animation, unlike anything else on this list is actually decent to look at. While this movie’s animation isn’t horrible to look at, its’ story and especially the voice acting is the real highlight. I mean who doesn’t love Adam Sandler? But Sandler, who provides the voice of Whitey, sounds both terrible and pleasing. The voice and dialogue are terrible to hear but amusing as you get sucked into just how terrible it is. “Eight Crazy Nights” is better to pass on over this holiday season.

1.) “Rapsittie Street Kids: Believe in Santa”, this movie takes the cake! At #1, this movie premiered November 25, 2002 and is the worst one hit holiday movie to ever air, which was actually only once. It’s production history is a bit of a mystery, although it’s reported that 500,000 dollars was put into this horrible production. After its one and only airing, it was never to be seen again. How lucky are we? Until 10 years later, in 2015, it resurfaced by the Lost Media Wiki founder, Dycaite. Oh boy!   Since then, “Rapsittie Street Kids” has received the reputation as the worst Christmas special ever made and has evolved into a so bad its good film. The saddest part of this movie is the collection of talented voice actors now involved with this awful movie. Actors such as: Mark Hamill (Luke Skywalker, Star Wars), Paige O’Hara (Belle, Beauty and the Beast), Jodi Benson (Ariel, Little Mermaid), Walter Jones (Black Power Ranger, Mighty Morphin Power Rangers), and Nancy Cartwright (Bart Simpson, The Simpsons) should be embarrassed for having agreed to put their voice talents to this production. However, the most concerning tidbit of this production is its creator; a man by the name of Colin Slater, who reports claim he is a convicted scam artist with ties to scientology, which explains the Nancy Cartwright connection and collection of voice actors. Over all, besides all of the incredibly sketchy background, the voice acting is ok and can be decent at times, but the movie falls flat on its face with its horrible eye burning animation and its weak storyline. “Rapsittie Street Kids: Believe in Santa” should be avoided, and its place in animation history, sealed forever, with no chance for another comeback. Avoid this one at all costs.

Do yourself a favor, don’t ruin your holidays with these terrible animated Christmas movies. They are best left in the depths of all that is horrible in the world of animation.